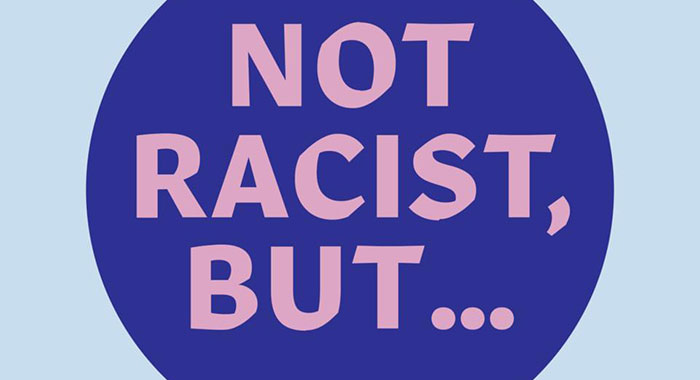 People keep telling me I am a racist!  People keep telling me that I must infuse smooth-sounding rhetoric into my articles like those deceitful politicians who continuously trick the sufferers with fancy words. They even tell me I must use charisma like the soothsayer preachers who lead the way in religious affairs. Hence I cannot ignore the harsh reality that plagued the indigent abject of society. My soul can’t find rest in a country where colonialism is thriving among the indoctrinated black populace, who doesn’t see the importance of unity.

As a melanated man who felt the scorned and reproaches of colonialism, how could I be a racist? Hence, I must admit that I fit the description of a bitter and disgruntled person that yearns for equality and justice. However, I object to being called racist. Or one who promotes the ideology of a fascist! Heaven knows I do not have the emotion of an ambivalent mindset and, I would not subscribe to the theories of white supremacy. I would forever rebuff the myth of the white anthropologist who said I am not as intelligent as their ingenious devils that manipulate religion, history, commerce, and politics. Yet all I’m asking for under God’s heaven is fairness and the redistribution of the earth’s resources to be spread adequately amongst humanity.

I cannot deny that I’m disturbed by the disparities; of things that go on in this country. Things like classism and racism, and so many other schisms.  In this country, the government wouldn’t hesitate to take away a plot of land from a poor black man: As in the case of brother Shaka, who is battling with the government to safeguard his land; down in the Buccament Bay area. However, the government has never taken away lands from the descendant of slave-master’s children who owns hundreds of acres of land on the leeward and windward coasts of St. Vincent. It is public knowledge that those lands were handed down from the old plutocracy from the British hegemony.

It is a travesty that these said lands our ancestors toiled on, were handed over to the progeny by the old plantocracy are being sold for an exorbitant price to the dumb-down “negroes”. Still, the subservient Negroes have the audacity to call me racist. Oh, my gosh; how dare you!

How could I be a racist? I have never held humans against their will or called them slaves, unintelligent, subhuman, inferior, grotesque, and ugly. I have never lynched a white man, severed his sexual organs, or called him a “boy” or a “honky”: but, the white anthropologists have called me a “monkey” countless times!  More so, I have never robbed a nation of its natural resources and imposed embargo and sanctions on third countries, which has created instability.

Son of the soil

Son of the soil has never created rigged laws or apartheid systems and gives the black population of St. Vincent the green light to get out of Palm Island and Mustique before sundown. Hmm, but you have the nerves to call me racist! How dare you!

In this country where corruption thrives, one must be careful not to disturb the custodians or the upper echelons of society who protect British colonialism. The modern-day house slave only thinks of themselves. I’m here to tell you the good news that St. Vincent is not a saint she a funk! As to her sister islands in the Grenadines, I am aware of underhand dealings and contrabands that passed through her shores. One may ask, are you sure? I would punctually say yes, “I’m 100% sure! ”

In conclusion, my motive is not to spread hate but to tell the tales of the wrongs, hoping that we will do right. As militant as I am, I hate seeing blood, much less to see suffering humans living in squalor. And for the most part, I have been well-mannered and respectful to all earthly creatures regardless of their race, class, or pigmentation.

If God stands for truth, equality, righteousness, and justice, I know he would absolve me from the allegations spewed by those who think otherwise. Once I have the breath of life, I will make myself plain and clear. Once I breathe air, I will speak the truth.

One reply on “To racist  ”