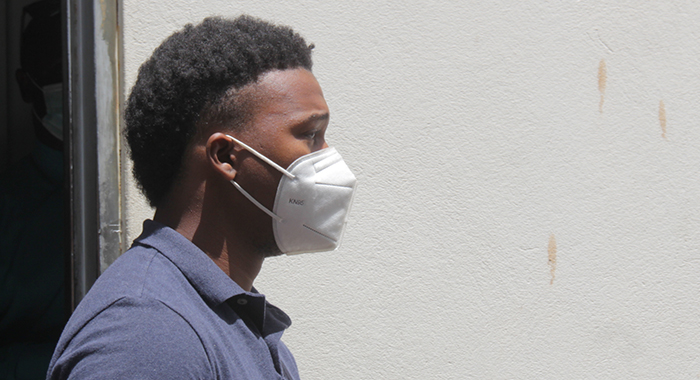 The case against the former national footballer on firearm and ammunition charges has been adjourned to Aug. 30 and transferred to the Kingstown Magistrate’s Court.

Myron Samuel’s matters were scheduled for hearing at the Serious Offences Court on a number of occasions since his June 21 arraignment, when he pleaded not guilty to the three charges against him.

On Friday, when the matter came up before Chief Magistrate Rechanne Browne, the prosecutor, Police Sergeant Renrick Cato as well as defence counsel Grant Connell had conversation with the chief magistrate at the bench.

The hearing was then adjourned to Monday.

However, on Monday, the chief magistrate said that she reflected on the weekend about Friday’s conversation and was adjourning and transferring the matter.

He told the court that his client intends to “take a certain course”.

However, Browne said that she would put the case for the Aug. 30 date, but said she should be able to give a better date by Wednesday.

Samuel, 28, self-employed, of Layou, is accused of purchasing a pistol and 15 rounds of ammunition allegedly stolen from Georgetown Police Station, as well as possession of a firearm and ammunition without a licence.

He has secured EC$20,000, with one surety, and was ordered to report to the Layou Police Station on Mondays between 6 a.m. and 6 p.m.

He was further ordered to surrender his travel documents and to seek the permission of the court to leave St. Vincent and the Grenadines.

The chief magistrate also ordered the posting of stop notices at ports of entry and exit.