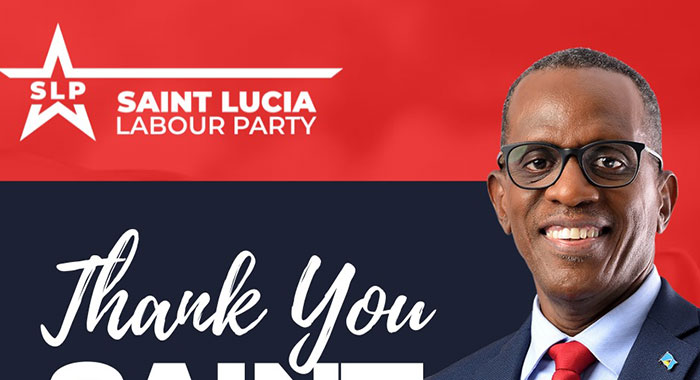 CASTRIES, St. Lucia (CMC) The main opposition St. Lucia Labour Party (SLP) has claimed victory in the general election on Monday as St. Lucian voters stuffed their frustration into the ballot boxes and rejected the Allen Chastanet administration after only a one five-year term in office.

In addition, voters created history in the Caribbean by electing two independent candidates to the 17-member Parliament.

Among them is former prime minister Stephenson King, who quit the incumbent United Workers Party (UWP) to contest as an independent the Castries North constituency, which he has been representing for nearly three decades.

SLP leader Phillip J. Pierre, speaking on Choice TV, said that he was “elated” thanking also his supporters in Castries East who ensured that he won the seat for the sixth consecutive occasion, defeating Fortuna Belrose.

Preliminary results indicate that the SLP, which was trounced 11-6 by Chastanet’s UWP in the 2016 general election, could win as many as 13 seats, with Chastanet being among the three successful candidates.

Pierre told viewers that the priority of his administration will be health, education and “particularly the young people.

“The youth economy was the flag ship of our party and I can assure you … we have to get our young people back on stream to feel included.

“So it is exciting times, we know there are challenges, the country has over four billion dollars worth of debts,” Pierre said, adding “most of all the country is divided, it is unsettled.

“The country is bitter. There is a bitter taste in the mouths of the people of the country, so we have to sort that out. So tonight I will go celebrate with my constituents. They mean everything to me, they stuck by me, they have been maligned, but they stuck by me.

“This time is my sixth victory, I haven’t known what I won by but it is a very huge margin,” Pierre said, “thanking my opponents … the better man won”.

Pierre said that while he had not yet received any call from Chastanet, he felt vindicated by the victory.

“I was the feature on the radio, many things were said about me and they were never true and they will not be true. I don’t hate anybody, I don’t carry grudges, my job now is to deal with the people of my constituency and St. Lucia.”

Pierre, an economist, who served as deputy prime minister in the 2011-16 SLP administration headed by then prime minister Kenny Anthony, said “it is good to have a life of continued service, you have to continue serving the people”.

Among the SLP winners were Anthony who defeated the national security minister, by a margin of 2,747 to 1,364 and former cricket administrator and High Commissioner, Ernest Hilaire defeating Birch Johannes by 3,064 to 1, 653 in the Castries East seat.

Attorney Richard Frederick, a former government minister, who was booted out of the UWP in 2014, easily defeated Flood Beaubrun by a 2,099 to 1,414 margin for the Castries Central Seat. The other candidate in the contest, Aron Alexander of the Green National Party (GNP) polled 55 votes.

Political strategist and director of the Barbados-based Caribbean Development Research Services (CADRES), Peter Wickham, said that the results showed a “significantly greater swing than I had expected.

“As it stands now, the swing is in double digits and the United Workers Party would have to do very well to try and contain that swing,” Wickham said.

He said that the UWP would have to begin a process of introspection as “soon as possible” since the party has been unable to “find its footing: since its founding leader, Sir John Compton had first quit active politics, only to return to lead the party to victory in 2006, one year before his death.

He said he leadership of Chastanet “should also be placed on the table”, adding “I don’t see him leading the party back to the promise land”.