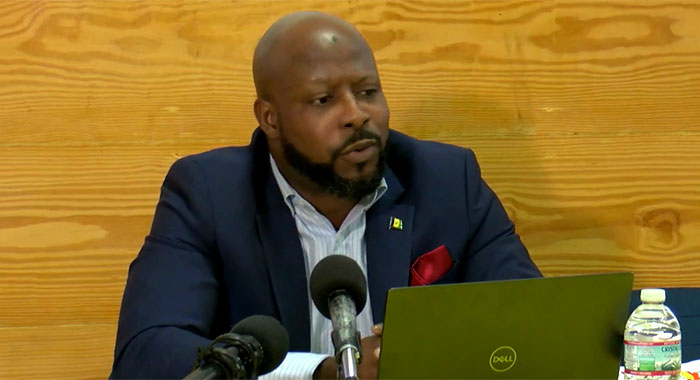 Stakeholders in the cruise tourism industry in St. Vincent and the Grenadines will not be permitted to interact with cruise visitors unless they are vaccinated.

“… generally, for them to be a part of the bubble, there is that requirement that they comply with the protocol, which also includes the requirement of vaccination,” Minister of Tourism Carlos James told a ministry press conference on Tuesday.

“My main concern here is to ensure that we welcome ships back to the destination as early as next week Saturday and to have a very active cruise season and to make tourism work,” James said at the briefing at which he announced 224 port calls this season.

“I am not going to go into the debate about what the protocols are … my concern is to get the ships here and the stakeholders; they themselves owe it to the fraternity to ensure that they prepare themselves to be a part of that bubble and to be a part of the industry,” he said.

The minister’s comments came amidst apparently deep-rooted vaccine hesitancy in the country.  Just over 1,000 of 50,000 doses of the Sputnik V vaccine, which arrived in the country in the middle of July, had been administered.

The government has so far administered just over half of the 50,000 jabs that it had hoped to by this time.

“…  it doesn’t preclude vendors and artisans and craftsmen and women and even entertainers from earning a living from the proposed bubble of the cruise passengers, which we are looking to establish.

“We intend, and want to make it very clear and I have said it to all the agents of the vessels and the ministry of tourism and the Tourism Authority, I want as [many] vendors to be a part of the bubble,” James said.

“And the very reason for having an inclusive approach is that it doesn’t make sense we have a resumption of cruise [activity] and the stakeholders, who I value so much, the artisans, the vendors, the entertainers, the taxi operators, are not able to make a living or a dollar. And that is something I want to make very clear.”

He said that for the arrangements to work, “we must have an inclusive approach to welcoming and accepting these vendors and craftsmen and women and artisans, and entertainers, and taxi operators within the bubble”.

James said that in every conversation that he has had with Coreas, one of the biggest cruise agents, he has emphasised the importance of booking local taxi operators.

“… because if you are using the large coaster buses, which you would naturally use, yes, and we accept that, but ensure that there is a carve out for the taxi operators, and they have given me that assurance and I want to state here today so that they are on record through this medium, that they have given me that contract that they are taking into account the local stakeholders, all of the respective agents and if we don’t do that, we will be doing the stakeholders a disservice and I want to include them,” James said.

“And, by and large, a lot of the stakeholders have indicated the importance of being vaccinated and being a part of the bubble and to ensure that this works and I want it to work for them –both for them and for the economy. It is very important that we underscore that point,” he told the media.