Violent attack on PM a black eye on SVG 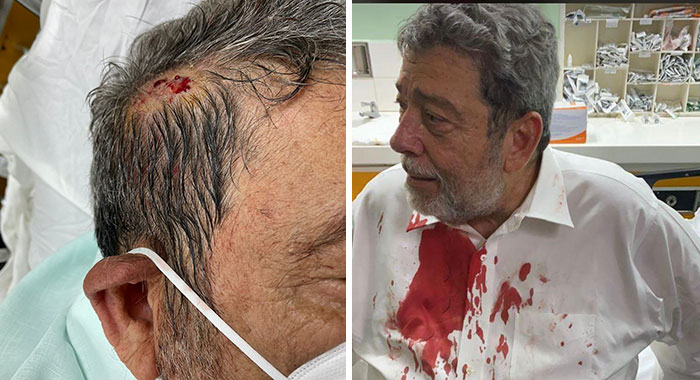 It’s been a very long time since I said something about SVG politics. I have been minding my business and routinely I call out wrong when I see it without regard to victims or perpetrators. But yesterday gave me cause to pause. The audacity that someone would pelt an object at the prime minister walking into the House of Parliament is beyond the pale. I have listened to all of the “blame Ralph mantras”. Blame Ralph for the rain falling. Blame Ralph for everything that is wrong with the country. The actions of other individuals are Ralph’s fault.

The last time I checked, the common belief was that God gave man free will and man is responsible for his actions. In politics a lot of unsavory things happen — there are always claims of cheating in every election in every country. The NDP has been in opposite for many years now. They have always thrown temper tantrums after every election, but none has risen to this level of desperation.

Peaceful protests are legal in a democracy and the people of SVG have never been restricted from exercising this right. Whether it was Luzette King or Bigger Biggs holding individual protests or organised protests from the opposition, individuals have been allowed the right to let their voices heard. No one has the right to inflict harm on another. You are not entitled to hit someone unless it is in self defence. The prime minister certainly did not assault anyone on Thursday. Therefore, there was an unprovoked and egregious attack not just on him, but on the state itself. Make no mistake, this act of violence was nothing less than the incitement of revolt. This was clear from the carnival-like atmosphere that was created in celebration of this egregious act.

You have taught your children well yesterday. So now, when your children are angry with you for whatever reason and they take up a weapon and strike you, you must continue the masquerade parade in the square to celebrate that act of violence. It’s shameful to see hooligans and criminals arm in arm dancing and singing in celebration of a violent act committed against the country’s leader. Some of you have used the Bible to justify this crime. I have seen a post that referenced God sending David to kill Goliath. I wonder if it was God who also authorised the beheading of John The Baptist? Be careful preacher because your head and the cutlass might have a meeting.

Right is right and wrong is wrong regardless of person or position. We cannot have a society where violence is sanctioned to settle disagreements. That is a barbarian society. I thought Vincentians had more “manners and behaviour” than what was displayed yesterday. Every last one of you who encouraged it, rejoiced over it or celebrated it, should be most ashamed of yourselves. But, somehow I feel that many of you no longer have a conscience. Chronic anger has destroyed your consciences. So there is no longer a metric of right and wrong. Those of you who said, “Ralph is reaping what he sowed”, that may be so, but remember, you also will reap what you sow because “sheep nah bring goat”.