No eruption at La Soufriere — NEMO 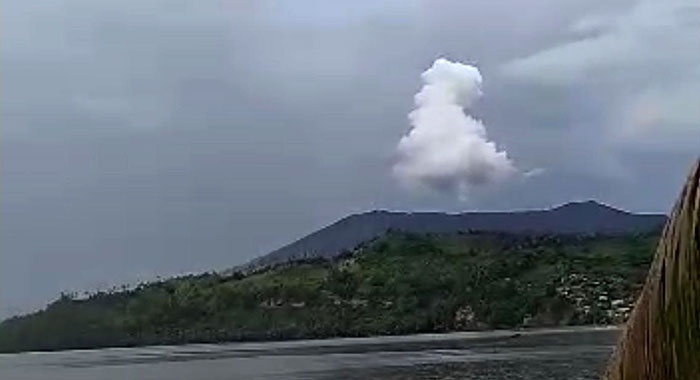 The National Emergency Management Organisation is advising the public that La Soufriere volcano is not erupting.

According to Professor Richard Robertson, Lead Scientist from the Seismic Research Centre, University of the West Indies, the La Soufriere is not erupting and there is no increased activity at the volcano, NEMO said on Saturday.

“The heavy steaming that is coming from the volcano is as a result of the heavy rainfall interacting with the very hot rocks and gases thus creating steam plumes rising from the crater,” NEMO said in a press statement.

“Professor Robertson stated that this is normal as whenever rain falls and the valleys steam this is part of what is expected in terms of residual activity at the La Soufriere volcano in the current hurricane season in the context of hot deposits and mudflows.”

Professor Robertson further stated that this kind of activity is not indicative of an increase in activity levels at the volcano and they do not indicate the presence of new magma at or reaching the surface or that explosive activity is about to or will occur. According to Professor Robertson, they are simply what may be expected at the volcano given what has happened thus far and the fact St. Vincent is a tropical island.

One reply on “No eruption at La Soufriere — NEMO”