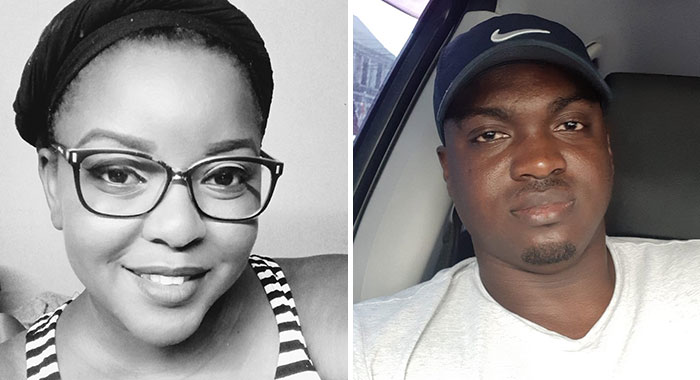 Two opposition activists were arrested, on Friday, as part of an “incitement” investigation.

The arrest of Adriana King, 41, of Belmont, and Kenson King, 34, of Park Hil came just a week after police searched their homes and confiscated their electronic devices.

Lawyer Kay Bacchus-Baptiste confirmed the arrests to iWitness News, saying Adriana was arrested at her home sometime after 2 p.m., while Kenson was arrested while commuting.

Bacchus-Baptiste said that she has been in touch with the duo and that a team of lawyers is acting on their behalf.

Adriana, a teacher, and Kenson, a suspended prison officer, are strong opponents of the Ralph Gonsalves’ administration.

They each use Facebook Live to express their views about the government and its policies.

Further, they have both played active roles in the protests in Kingstown over the past few months.

Bacchus-Baptiste said that police have used the term “incitement” in relation to the arrest.

iWitness News does not know if there is any link between the arrest and the duo’s political activism.

Last year, Kenson was suspended from duty pending the outcome of a trial on a charge that on June 27, 2020, at Her Majesty’s Prisons, in Kingstown, he unlawfully and maliciously wounded prisoner Dorian Mapp, 23, of Victoria Village.

He was released on EC$2,000 bail with one surety and is awaiting his trial.

Kenson and Adriana, who are said to be cousins, were among some 11 alleged opposition supporters whose homes police raided last week Saturday, two days after the prime minister was injured while walking among protesters on his way back to Parliament.

The police went to the homes of some 11 persons, carrying warrants authorising searches for unlicensed firearms and ammunition, documents and electronic devices.