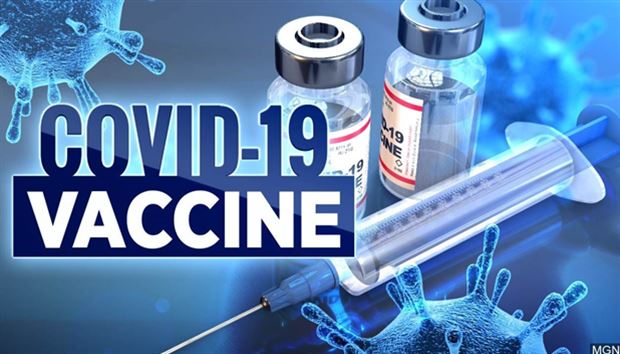 BRIDGETOWN, Barbados (CMC) — Leaders of the Organisation of Eastern Caribbean States (OECS) have been told that there is “ample provision” in their constitutions to support mandatory vaccination laws as the sub-region continues the battle to curb the spread of COVID-19 that has infected hundreds of their citizens and killed a significant number of others since March last year.

In addition, the governments of Antigua and Barbuda, Dominica, Grenada, St. Lucia, St. Vincent and the Grenadines, St. Kitts-Nevis and Montserrat, have been informed that there are corresponding jurisprudence and medical data to support the position of mandatory vaccination.

The position to the OECS governments has been outlined in a 16-page confidential brief, titled “The Legal Dimensions of Mandatory/Compulsory Requirements for COVID-10 Vaccinations, August 2021” undertaken by two prominent Caribbean-born internationally respected jurists.

The issue of mandatory vaccination has surfaced not only in the OECS countries but also in the wider Caribbean Community (CARICOM) grouping where governments have been urging their nationals to be vaccinated as part of the efforts to curb the spread of the virus that has led to closure of borders, a crippling of economies and stringent policies such as curfews and states of emergencies (SOE).

The document submitted to the OECS leaders, a copy of which has been obtained by the Caribbean Media Corporation (CMC), notes that the sub-regional countries would be on firm legal grounds in pursuing mandatory vaccination laws even in the face of counter-arguments alleging violations of rights.

“Having demonstrated … that mandatory vaccination is constitutionally appropriate given the leeway granted in favour of public health imperatives, it is submitted that employers could justify a requirement in a pandemic context, at minimum where the workplace is a high-risk environment, such as health-care, or essential services, or for workers more at risk at the workplace, such as frontline workers interacting with the public.

“It is unlikely that employers would be held to a higher standard than a constitutional standard. This is reasonable both to protect other employees, the interacting public and even the employee himself or herself,” according to the document.

It notes that increasingly, the enduring state of the pandemic and the science is pointing to even more liberal rationales for compelling vaccines at the workplace.

“Ultimately, all actions toward compulsory vaccination must be grounded in a firm belief that they are being done in the interest and sustainability of the economy and enterprise, in the public interest, the interests of ALL workers and as a last resort, necessity. Those core principles will be what justifies actions as being reasonable and proportionate as required, and what will ultimately persuade a court.”

The authors of the report say their paper is intended to provide legal support for the policy direction of OECS governments and that by choice “it avoids excessive legal jargon and a preponderance of case-law, as one would generally find in a legal brief, although the principles and positions outlined are informed by comprehensive research.

“Rather, the paper attempts to provide a clear and concise narrative upon which decisions may be based,” they said, adding that “it is emphasised that mandatory COVID-19 vaccination, like so many other subject-areas emerging because of the pandemic, brings forth some grey areas for law, especially Labour Law”

The report notes that the issue is, of course, untested in the region despite the fact that some employers and to some extent, universities, like the University of the West Indies (UWI) have already begun mandating vaccination as a policy.

The question of who pays for quarantine leave, for example is a brand new labour law issue, the authors wrote, adding “we can extrapolate from existing jurisprudence in analogous situations — HIV pandemic etc — but in some instances we will have to wait and see what the courts decide if challenged”.

But they agree, notwithstanding and perhaps ironically, considering the wide debates, the vaccine issue is one of the clearer legal issues, in terms of existing legal norms.