Liberty of conscience under threat in SVG 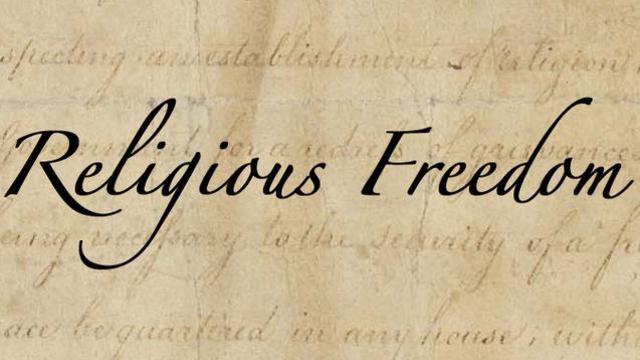 Leaders throughout the world are becoming more and more disrespectful to the rights of the people through their forced COVID-19 “vaccine” mandates. The government of St. Vincent and the Grenadines is no exception. In the early hours of Aug. 6, when most Vincentians were asleep, the ULP parliamentarians were busy amending law to pave the way for mandatory inoculations of certain public servants. Our liberty of conscience which makes us free to choose what to put into our God-given bodies was assaulted.

In the amended Public Health Act, a medical exemption is subject to the approval of the chief medical officer. Additionally, religious exemptions must be based on an objection “in good faith and in writing that vaccination is contrary to his religious beliefs…”. Based on recent comments from the prime minister on NBC Radio, it seems near impossible to get a religious exemption. According to him, most of the “major religions” agree that people should take the jabs. Apart from the shameful, compromising anti-Bible positions of so-called major religions, the PM is out of his place to suggest denial of exemption on the grounds that a person does not subscribe to the view of “major religions”. We know that the PM is not alone in his overreaching arrogance and high-handedness, but popularity of contemptuousness and tyranny does not make it right. God warns against following “a multitude to do evil” (Exodus 23:2).

We may not know the “promises” that have been made to our governments for forcing experimental jabs upon the population. However, they have clearly abandoned their God-ordained duty to respect and protect the inalienable rights and freedoms of all the people. Draconian communistic measures are being used to infringe people’s rights in the name of public health. The government cannot honestly show that their stance is “reasonably justifiable in a democratic society”. After all, the jabs do not stop infection or transmission of the virus.

The Centres for Disease Control and Prevention (CDC), which governments slavishly follow, have reported breakthrough cases where vaccinated persons have been hospitalised and have died. Of course, these cases are not surprising to honest researchers. Vaccines adverse reporting systems like the EudraVigilance and the WHO’s vigiaccess.org have reported over two million adverse reactions and thousands of deaths after taking the jabs. Those figures only represent between 1-10% of actual events. Imagine what the real figures can be! Furthermore, there are already calls for 3rd and 4th doses in places like Israel. This is another clear indication of the jabs’ failure to produce immunity and to stop the spread.

Frontline workers are reading and researching. Some have even had first-hand experience of beholding sufferings of their fellowmen who have serious reactions from the jabs. Should they ignore real evidence and true science for speculations and contradictions? Should they lay aside the convictions of God upon their conscience? Are the multibillion dollars pharmaceutical corporations and globalist maniacs more important than our people?

Months ago, medical frontline workers were commended for their resilience and sacrifice in these tough times. Today, their livelihood is threatened for choosing to follow their conscience. Soon they can be out of a job … not knowing how to feed themselves and their children, how to pay their mortgage and how to pay their medical bills. We have a government that refuses to be moved by the plight of their people. They have forgotten that they were elected by the people to serve, not to be tyrants. Their callous disregard and arrogance stink and need rightful resistance. God, whom John Adams, America’s 2nd President, referred to as “the Great Legislator of the Universe” disapproves of their actions against His creation. In fact, God declares “Woe unto them that decree unrighteous decrees, and that write grievousness which they have prescribed … to take away the right from the poor … and rob the fatherless” (Isaiah 10:1-2). In due time, YHWH will bring retribution on our government and governments of the world who do wickedness against the people. They will be punished for seeking to gain control over our body, choice and religious liberty through oppressive laws that attack our liberty of conscience.

2 replies on “Liberty of conscience under threat in SVG”