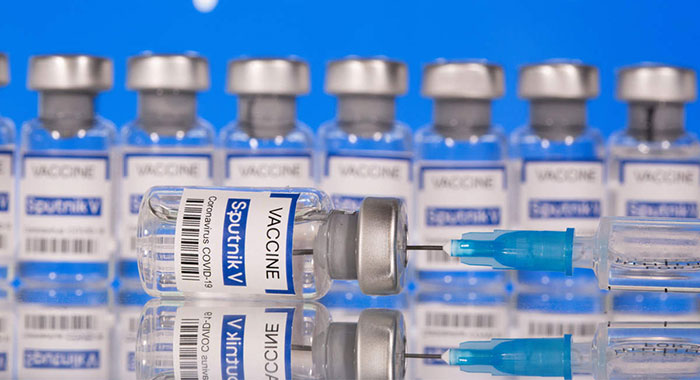 Vincentians who have taken the Sputnik V are not allowed entry to the United States and Canada.

While Vincentians, like the rest of the world, were told that the best COVID-19 vaccine to take ws first the one to which they got access, this is proving not to be  the case when it comes to travel, as countries treat visitors immunised with some jabs as unvaccinated.

And, on Sunday, Vincentian Cultural Ambassador Rondy “Luta” Mc Intosh complained about the impact that these policies are having on him as he plans to travel to the United Kingdom for a performance.

The United States and Canada have announced that they would deny entry to people who have taken the Russia-developed Sputnik V COVID-19 vaccine — treating them as unvaccinated.

At the same time, the United Kingdom is demanding quarantine for people vaccinated with the Oxford-AstraZeneca — which was developed by AstraZeneca, University of Oxford — if the particular dose they took was manufactured outside of the United Kingdom.

SVG has been administering the COVISHIELD AstraZeneca COVID-19 vaccine, which was manufactured in India.

Speaking on WE FM on Sunday, Mc Intosh noted that people have been advised to take the first vaccine available to them. He said he agrees with that advice.

“… we must also let them know that if you’re more than likely to travel to the United States, it’s best you get the Pfizer or the AstraZeneca because there are some issues surrounding the US and the Sputnik,” he said on Issue At Hand.

Mc Intosh noted SVG’s position as a non-permanent member of the United Nations Security Council and said he wanted to call the situation to the attention of Prime Minister Ralph Gonsalves, the UK’s attitude to some vaccinated people.

“… what I am learning now is that me, being fully vaccinated with the AstraZeneca, a vaccine that was developed by Oxford in the UK, is really and truly not being recognised if the vaccine was not administered under an approved UK overseas programme,” Mc Intosh said.

He said that he has been told that Vincentians travelling to the UK “are being treated more or less as if we are not vaccinated, so you must do your 10-day quarantine, you must take a PCR test on the second day and the eighth day”.

The artiste said he had received that information from several entities, including the Ministry of Foreign Affairs and the British High Commission in Kingstown.

“And I am wondering why if I take a vaccine that is developed in the UK they are not recognising it because I did not take it under a UK-approved overseas programme. That is the information from all my research that I am getting.

“So I would like the PM with his position on the Security Council to really look into that. Because these things are helping the anti-vaxxers and the persons who have been pushing the narrative that it’s all about money and it is all about this. It is really strengthening their argument so it is something that needs to be looked into,” Mc Intosh said.

Speaking later on the same programme Gonsalves said that he had been advised that the World Health Organisation went to one Sputnik V plant in Russia “and did not receive the information that those who went required and said, ‘Listen, when you are ready to turn over all the information, we will be back”.

The prime minister said he was advised that this will take place in early November.

Gonsalves said he had raised the issue with Dr. Tedros Adhanom Ghebreyesus, director of the World Health Organization  “and he was optimistic in every way that the investigation when they go, everything would be in order. So that’s a work in progress.

However, the government had ordered the Sputnik V jab as Vincentians continued to refuse to take the Oxford-AstraZeneca shot.

In May, Gonsalves said that the chief medical officer had informed him that people are requesting the Russian vaccine, as he, the CMO, and other senior officials had taken.

Regarding the policy in the United Kingdom, Gonsalves noted that London will give an update on Thursday.

He said that at first the British had a “traffic light” system — green, amber and red — reflecting a country’s level of vaccination.

“And they made that judgement in terms of how many days quarantine you would have and the like. Now, they have removed that traffic light system and looking at systems of individualised countries…”

In the transitional period, only the three Caribbean countries that were on the green list –Dominica, Barbados, Antigua and Barbuda — were “grandfathered into” the new system, the prime minister said.

“And, therefore, they were treating everybody else as unvaccinated for purpose of migration to England so that you would have to do not just the PCR test, which everybody had to do in entering, but to do day 2 and day 8 tests…

Gonsalves said that under the current system, one could do a test on day 5 to get early release from quarantine.

“So we await what is going to happen there on Thursday.”

The prime minister said that the British government has not asked Kingstown for any information.

“But we have been working very closely with the British representative here. I, myself, I spoke to him and we have sent a lot of information to them about what we are doing. So I want to assure everybody that work is being done in that regard.

“Because as we know, those of us in the region, to hear that a particular country was on a green list and we on an amber list when our situation was much better than theirs would just tell you that when bureaucrats make these decision far away and not close to the events and not close to the happening, they often get it wrong.

“And there have been a lot of complaints about this across the world to the British government.”

He said that in the meantime, Kingstown is “perfecting all our systems involved, in particular our information systems”.

He said that the government has hired a firm and is moving to an electronic vaccination card.

“… all the data is being put into the system from the existing cards, which they have,” he said, adding that vaccination cards will have QR codes on both sides.

“In fact, in this transitional period, you are getting a QR code, every individual, and if you are travelling, like Luta is travelling, to make his life easier, Luta can go and get this QR code,” he said.

The prime minister noted that the British government has altered its position a little in relation to all vaccines for the purpose of attending the United Nations Conference of Parties under the United Nations Framework Convention on Climate Change to be held in Glasgow in October and November.