The ‘hidden’ danger of women saying ‘NO’ 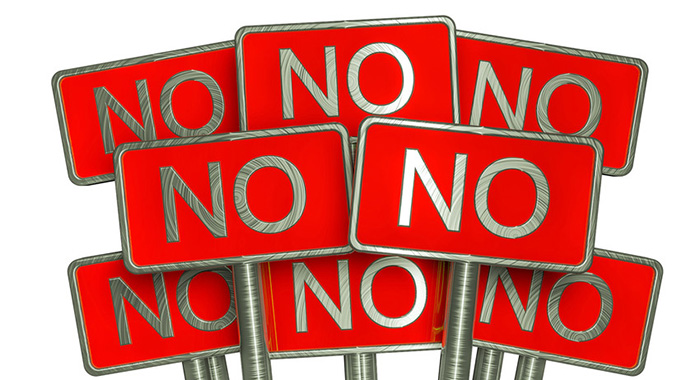 Endangered species. This is what women are beginning to look like.  Although not a concept usually applied to humans, let alone women, I’m beginning to think it should be. Women, to put it in the simplest of terms, are under attack.

Why is it that in a world where everyone should be free and able to make their own choices, the most restricted organism is that of a woman? Why is it that at a time when we boast of possessing freedom of speech, a woman is denied the simple privilege of being able to reject a man and use a simple word — ‘NO’ — without there being threats or actual retaliation against her?

A confident, independent woman is a misogynist’s worst nightmare.  When a woman is sure of herself, she declines to settle. She refuses to accept anything she does not want — and she should not have to.  It is this certainty of her needs that poses a threat to men who possess toxic masculinity traits; those operating under the belief that women should have no rights or thoughts of their own and, therefore, be readily accepting of whatsoever they, as men, dish out—welcomed or not.  In other words, “Me, man. You, woman. I give, you take. No disagreements.” Totally “cavemanesque”. When you refuse to conform, they feel the only way to get a woman under control is by way of intimidation and, more often than not, violence.

-Rejection violence stemming from the word NO:

Miya Marcano is the latest female that we know of to be added to an already too-long list of women, all of whom have been terrorised and then became victims of what has seemingly become a normal occurrence for women who have the audacity to stand up for themselves: rejection violence.

A thesis written by Lily Katherine Thacker, titled “The Danger of ‘no’: Rejection Violence, Toxic Masculinity and Violence Against Women” (2019), defines rejection violence as “instances where men react violently toward women who reject their expressions of romantic or sexual interest”.  It basically deals with men who cannot accept the fact that a woman had the audacity to reject their advances and say NO.

In the year 2021, it has become almost second nature that when a woman rejects a man, she should begin fearing for her life — just in case he tries to kill her.  While this is often termed as domestic violence — which it is, it also needs to be given its rightful name — rejection violence. More attention needs to be paid to the reprisal that women face for saying NO to interested men.  These types of crimes occur far too often.  Being a woman myself, I have also been on the receiving end of insults and faced intimidation from men who refuse to accept that a woman has a say regarding the persons with whom she becomes intimately involved.

While the internet and social media have made it easier to find information on women who were attacked or terrorised for rejecting men, there is still not much conclusive data on the actual number. While the crimes stemming from rejection have gotten no less heinous, there are two that have stuck with me. In 2006, Stacy Wilson, a hospital clerk, was only 21 years old. A beautiful young woman, from the nation of St, Vincent and the Grenadines, who like Miya Marcano, had her whole life ahead of her. Many would say that Wilson’s “mistake” was saying NO to a man who had developed an unwelcome infatuation that led to an unhealthy obsession. This unwelcomed infatuation culminated in the gruesome daylight beheading of Wilson in a bus terminal in the heart of the capital city, Kingstown, full view of hundreds of onlookers, many of them children. Ten years later, Tiarah Poyau, 22, was shot in the face in Brooklyn, New York for telling a man to stop grinding on her during a Labour Day street party . Familiar stories but brutal all the same.

As a West Indian, I am familiar with the attitude of men at these events. I’ve been told, “Wey you didn’t stop home?” (Why didn’t you stay at home?) among other insults, when I instructed men not to grind on or grab me. I see Tiarah’s story and I am thankful I was able to escape those scenarios with my life. However, it begs the question, Didn’t Tiarah have a right to be able to walk away as well? Why was her life snatched away because she gave a simple response to an action, a response that as an adult, and as a woman, she totally had the right to give? Internally I know the answer. This was yet another instance where a man had his ego bruised by rejection and he had to show how much of a man he was by bringing a woman down — in the worst possible way. I’ve always wondered why is it that men feel because we, as women, attend a party that we want to be gyrated on and harassed? I cannot begin to imagine how many other women suffered similar fates in the ten years between the murder of Stacy and Tiarah. However, I imagine the number is appalling. I am sad for all the women who have died who we do not know about, and for their stories that may go untold.

-These women should not die in vain

When a woman dies, we get outraged and we rant for a couple of weeks but then we go silent — until the next one is hurt or, worse, killed. What preventative measures have been put in place for women who are being terrorised by men they have rebuffed? The death of these women cannot and should not be in vain.

There must be more measures put in place to help women who are being terrorised by men who refuse take no for an answer. For starters, we must move away from this mentality that women should be flattered by unwanted attention and unsolicited sexual advances made by men. We need to do more before another candlelight vigil has to be held, or another father has to bury his little girl.

I grew up hearing that it takes a village to raise a child. I am curious about where that village goes when that child who grew up needs protecting? These women were children once. We still need that village if we are to have any hope of permanently rectifying this situation. I am under no illusions that we will be able to completely rid our societies of every pervert and misogynist, but I believe we can at least try.

-Be firm, say NO and do what you must to protect yourselves

As a woman, the world I live in today scares me; but I refuse to be silenced by a society that nurtures instead of rebukes the misogynistic attitudes of toxic men.  Until all of society is prepared to call a spade a spade and take a stand against toxic men, it is left up to us, as individuals, to protect each other and ourselves.  Do not be pressured into accepting less than you deserve. Continue to say NO if you choose too. If we buckle under the fear that the next man we say ‘no’ to is going to hurt us or God forbid kill us, he’s already won.

While the rejection-fuelled murder of Miya Marcano was the catalyst for my writing this article, it’s been a long time coming. This was just the straw that broke the camel’s back.  I didn’t know Miya, but I, like many others, I’m sure, have known a Miya or two in my life.  Enough is enough.  There’s a saying that says every man has a weakness. And, for a long time, that weakness has been the conscious choice that they make to embrace a culture that promotes a toxic sense of entitlement over women. A culture that despises the word NO and the independence it represents for a woman. It is easy to find ourselves making excuses for men and the way that they are, but men have been excused long enough. At what point do we hold them responsible and rebuke them? How many more women have to die? In the year 2021, we should not be reading story after story of women who have had their right to choose snatched away. This has to stop.

We cannot continue to allow a long-accepted system of sexism that has plagued our society since the beginning of time — and which is more pronounced recently — to continue to spawn misogynistic, narcissistic men that feel empowered only when they pull down a woman — especially one who rejects them.

2 replies on “The ‘hidden’ danger of women saying ‘NO’”