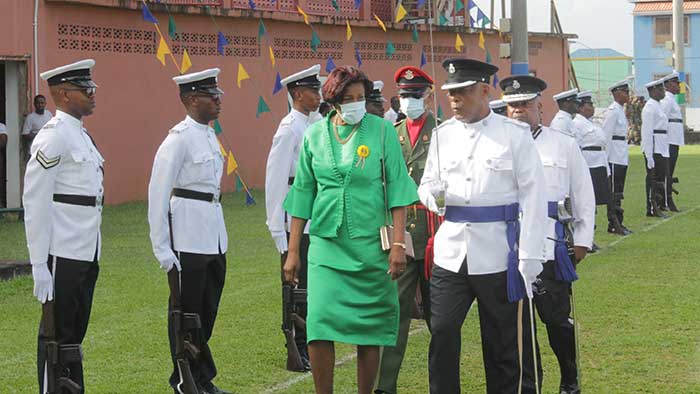 There will be no military parade on Oct. 27 to mark the 42nd anniversary of St. Vincent and the Grenadines’ political independence from Britain.

Prime Minister Ralph Gonsalves announced in Parliament today (Wednesday) that the Cabinet has decided not to hold the Oct. 27 event.

“Cabinet has taken the decision not to have the parade for Independence at Victoria Park or anywhere else face-to-face because of the situation with COVID,” Gonsalves told lawmakers.

“Last year, of course, at this time, though COVID was in the air, the numbers, in terms of infections and deaths, were very  small and, of course, we did not have the Delta variant. Accordingly, I will broadcast an address to the nation in the  usual way but I will do so virtually. I will do so on television and on radio,” he said.

The prime minister, however, said that he is asking business houses, state entities and public servants “to get out quite quickly the  buntings and other paraphernalia, which, visually, mark our celebration of independence”.

iWitness News understands that rehearsals for the event were called off last week.

SVG is currently battling an upsurge in COVID-19 cases, which has claimed 26 lives since Sept. 9 — taking the total to 38.

iWitness News understands that at least two other people have died of COVID-19 since the last official release on Sunday.

According to the data released on Sunday, there were 1,286 active cases in the country and the results of 800 samples were pending.