Ah weh we a go do? The politicising of the COVID-19 disaster response 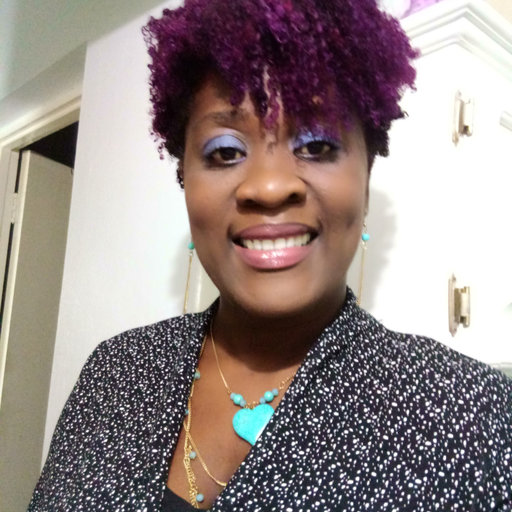 March 2020 marked the beginning of the  COVID-19 pandemic for several Caribbean islands, but what was happening around the world had already instilled fear in many people. However, there was conspiracy surrounding the reality of  COVID-19 by conspiracy theorists, some prophets and some leaders, combined with the unknown (or uncertainty),  it marked the beginning of confusion and mistrust. Was  COVID19 nothing more than an ordinary flu? People were dying by the hundreds across the world including frontline workers and even as we listened keenly for what we should do or not do, we were confused. At one point, masks were only advised for health care workers who were at higher risks since they were interacting with the infected. There was no clear medication or method to manage  COVID-19 appropriately and each day we learned something new or we became more confused. Should we strip ourselves of our clothes before we enter our homes and jump straight to the bath? Is it  airborne, on the seats etc.?

Jump forward to the year 2021 and the  COVID-19 pandemic has taken a lot of lives in the Caribbean but, unlike last year, there are vaccines. The vaccines, which we were initially told were for emergency use and should not be mandatory, were encouraged through mainstream media, social media, churches, town criers, etc. Even though most countries have established protocols and have created the necessary policy or legislative framework, the resources needed to enforce these are lacking.

Additionally, all attention seems to have been placed on getting the population vaccinated to achieve a level of “herd immunity”. I placed that in inverted commas because we soon learnt that people’s expectations, and some of the things that were purported were short-lived, which added to an already confused segment of the population — including the educated. For example, many were under the impression that vaccination means that you will not catch  COVID nor infect others. We all looked forward to no mask-wearing, gathering with friends and families, face-to-face schools, church — some form of normalcy, which were some of the things that we heard coming from politicians and were shared on varying  media platforms.

Later, we heard about breakthrough  infections from the vaccinated or the vaccinated can still catch  COVID. Questions then arose, such as,“Why I they take the vaccine if I can still get  COVID?” “What good does it do?” It resulted in even more confusion despite explanations that state a vaccinated person may not be hospitalised if they catch  COVID or your risks are considerably lower than the unvaccinated.  While this suggests greater need for more targeted education, what we continue to see is confusion that is fuelled by the war between the vaccinated leaders and those deemed as anti-vaxxers, which appear to have changed meaning to suggest once you have some form of vaccine hesitancy you are against vaccine, and also many who continued to be blinded by partisan politics. Notwithstanding the local issues and confusions around vaccination, I wish to highlight my own challenges and confusion.

In recent months, across several Caribbean countries, citizens have become very confused about the meaning of  “mandatory”. While some islands have mentioned the word in the traditional sense, countries like St. Vincent and the Grenadines (SVG), would want us to believe that residents still do have a choice. Perhaps, we do have what I choose to call a “false choice”. The choice is not between taking the vaccine or not taking it and accepting your risk which then would be the real choice. Instead, there is a pressure by  the public and private sectors in relation to the “jab or no job”. Given our economic conditions, I wondered how many can choose to refuse the jab over a job. Even if they are in the middle to upper class bracket, many persons are not self-employed and are reliant on the private or public sector, have mortgages and other bills and are living from paycheque to paycheque. So, what  exactly is the “choice”? H

Let me assure you at this point that I am not against vaccination and I am fully vaccinated, a choice I made with some research surrounding the science and an important conversation with my doctor. Even then, I cannot say that I did not take it with some level of fear and concern because there were and are still some unanswered questions which mainstream media have compounded. Nevertheless, my issue is surrounding whether we should be mandating the vaccine given several local and global challenges.

Recently, I read the social media status of a past Minister of Health in SVG who argued that quarantine fees that vaccinated students have to pay were exorbitant and untenable. I was already in the process of writing this article so I added my two cents to that conversation. I had recently read an article in the Jamaica Gleaner where a UK resident argued that the vaccines taken in Jamaica, which are the AstraZeneca, Johnson and Johnson and the Pfizer, were not recognised in the UK. The resident argued that he was placed in the unvaccinated line and had to go through the same testing and days of quarantine like the unvaccinated.  This prompted me to check the UK’s list of countries from which vaccination is recognised and several Caribbean islands including Jamaica and SVG were not a part of that list.

Such an issue, I commented on his post, adds to the challenge and suspicion surrounding vaccination. It is easy, and maybe even justified, for some persons to wonder whether we were given a watered down, ineffective or defective batch of vaccines here in the global south in comparison to the northern regions. After that article arose in the Gleaner, the issue was investigated and not long after, it was pleasing to see a correspondence dated Oct. 7, stating that Minister of Foreign Affairs and Foreign Trade for Jamaica  has advised that from Oct.11, the UK will recognise the vaccination certificate issued in Jamaica. An iWitness News article also confirmed the same for the island. This is great news for the islands as no longer would the vaccinated travellers from these islands have to pay an arm and a leg for their quarantine kit. However, it is important to note the type of vaccines that are recognised and I still wonder, what exactly was the issue? More importantly, what is in place for fully vaccinated travellers returning to SVG with a negative PCR test? Do we have to quarantine and pay the exorbitant hotel fees? Why?

More recently, I saw an article about the Russia Sputnik V, which is also a vaccine that is used in SVG, yet, you cannot obtain a United States (US) Visa or enter the US if you take that vaccine. This vaccine is also not on the UK’s list of approved vaccines.  So again, what is this saying to our people who already have trust issues concerning the vaccines. What are the options for travellers who wish to travel to these countries having taken the Sputnik V? Should we even be administering this vaccine? On that same note, I cannot help but consider the vaccine developed in Cuba, which is already being administered to members of the population – even as young as 2 years old. As a Caribbean people, what are the political implications for international travel should we dare to take the vaccine developed by our Caribbean neighbour?

My arguments here are not against the vaccines, but is, as the title suggested, “A weh we ah go do?” How are we being educated during this period about  COVID-19 vaccination and the implications of the vaccines we take? Further, I would like to add that instead of threatening livelihoods, let us first focus on ironing out the political kinks that are breathing vaccine mistrust and further affecting the uptake of vaccination. Let us focus on education. The  questions that the public have should not be dismissed or lead to one being branded as an anti-vaxxer and even afraid to say that after all these months they are still hesitant. Indeed, some doctors and well-established academics have done a wonderful job of belittling these people. Let us answer truthfully and transparently the valid questions put forward such as why are the vaccinated teachers exempt from PCR testing even though we have learnt that they too can infect others? Is this following the science?

While I understand the reasons behind vaccine mandate, the method has led to a push back rather than an uptake. Additionally, we must ensure that the vaccines that we are mandating are accepted globally. Let us uproot another damning disease which is another obstacle to  COVID management — partisan politics. We cannot allow this to add to misinformation and miscommunication while our loved ones are dying. I want to suggest also the removal of hotel quarantine for the fully vaccinated. Of course, some will say it is a tactic to increase vaccination, but if indeed we deemed the vaccine to be safe and effective and want to stand on the words preached publicly, we must adjust the policies and laws to show just that.

While we are at it, let us not blindly dismiss Ivermectin and its possible benefits in managing the  COVID crisis as some local doctors in Jamaica, St. Vincent and across the world have been researching and advocating for its use. We need to examine all our options. Let us not waste time ridiculing it as “the horse medicine” when we should be researching. What is the extent of the local or regional research in relation to this drug or are we waiting for directions from the global north? The  COVID-19 pandemic has once again emphasised the significance of CARICOM and investing in our research institutions like the University of the West Indies. It is quite fine to look to the north where the resources are greater, but certain research should be done within the region and should inform our local decisions. Further, as a Caribbean people, don’t we have Cuba with its strong expertise in bio-technology and immunology? A weh we ago do?

*Rose-Ann Smith, PhD is a Vincentian lecturer in human geography, including disaster risk management, at the University of the West Indies, Mona campus

2 replies on “Ah weh we a go do? The politicising of the COVID-19 disaster response”