No request for medevac boat after Union Island accident — Snagg 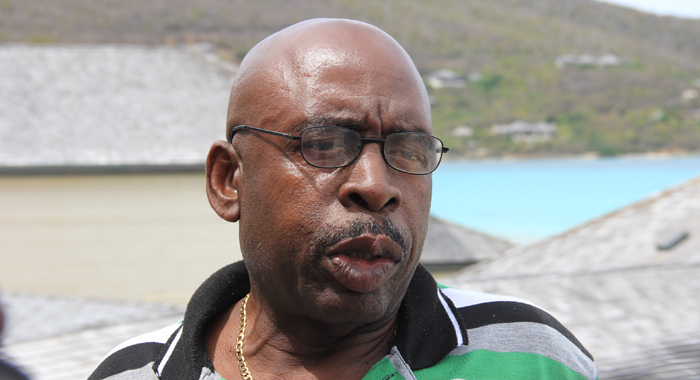 Director of Grenadines Affairs, Edwin Snagg says that no request was made for the dispatch of the SVG Coast Guard medevac vessel to transport the four injured people from Union Island to Kingstown, on Tuesday.

Snagg told iWitness News, on Wednesday, that the medical personnel at the Union Island hospital has advised that the patients, who were injured when a minivan crashed into a concrete perimeter wall, be flown to St. Vincent.

He said that since this was the recommendation of the health officials, he would advocate that the government refunds the persons who paid for the flights.

“This is a unique situation because you don’t have these events every day, week, or month. One of the unique things is that if the personnel at the hospital saw a need for airlift, this, in my estimation, would open the discussion that the cost of the airlift be covered by the state,” Snagg told iWitness News.

“I am saying here that if there was a situation where the vessel was not called and the personnel thought it best that they be airlifted, I would open discussion regarding reimbursement.”

Questions were raised on Tuesday when it emerged that the relatives of the injured people chartered two flights to transport them to St. Vincent for further medical attention.

The questions surrounded the dispatch of the EC$4.3 million, 52-foot-long, boat — “SVG 05 –Balliceaux” — which could take just over one hour to travel the 41 nautical miles between Kingstown and Union Island. The journey could take four hours on a regular ferry.

The airbridge is about 20 minutes, but would be followed by a 40-minute drive to either of the nearest hospitals.

Snagg noted that it is common knowledge that the government purchased the vessel last year for situations like the one in Union Island on Tuesday.

“But, following the incident yesterday, it is my understanding and from conversations with the senior medical personnel that there was no request  made for the services of the vessel from the SVG Coast Guard,” he told iWitness News.

“And it seems that the medical personnel were of the view that two of them who had serious injuries … should fly, because of the nature of the injuries, rather than go on a vessel.”

He said that people who travel from the Grenadines to St. Vincent via sea “know how difficult it could be out there at times”.

Snagg said that such a journey could be especially challenging for an injured person “depending on the nature of the injuries.

“…  they (patients) had suspicions of broken bones and so on that they (medical professionals) thought it would be best if they fly.

“But it ought to be made clear that certainly, when people want to make statements, I think they must ascertain the facts certainly and if there is need for this medevac vessel, that is a call that has to be made by the doctor and the senior nursing professionals at the hospital to do so.

“I fell like you’re casting blame on the Coast Guard in some way for not being there when, in truth and in fact, the services were not requested. If you have an accident or you have somebody who is seriously ill, they would make that determination … and the information has to come from them and the information has to come from the Union Island hospital.”

He said that the vessel is sometimes stationed in Calliaqua and at other times, in Canouan.

“I can’t say exactly where it was stationed at this time.”

He said that he understands that all four patients are in stable condition.

“I also learned that maybe two of the persons could have probably waited and traveled today by  whatever means we use to come up, but I think the families of the individuals were prepared to do the necessary thing by chartering an aircraft for them to come up.

“But from what I gathered from the personnel at the hospital, the senior nursing officer responsible for the Southern Grenadines, there were two persons that they wanted to get out and the other two could have waited. But nevertheless, it is better to be safe than to be  sorry and to act early in cases of medical emergencies,” Snagg told iWitness News.