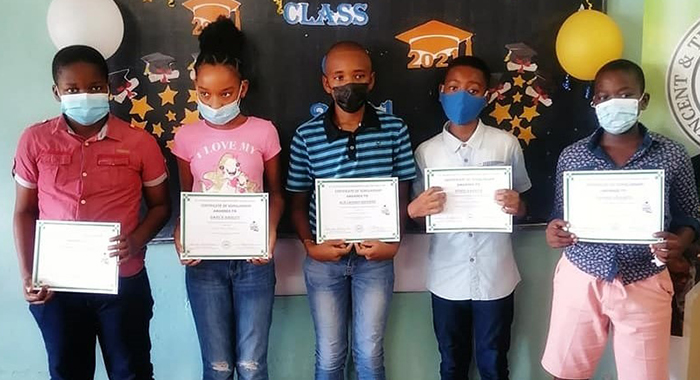 The St. Vincent and the Grenadines Public Service Union has awarded five scholarships to children who were successful in the 2021 CPEA.

The successful candidates, whose parents are members of the union, were presented with their awards by the  acting chairperson of the union’s Education Committee, Shelly-Ann Alexander-Ross, at an award ceremony at the union’s headquarters recently.

Four of the children were awarded scholarships based on academic performance, and one student received a disadvantaged student scholarship based on the union’s education policy.

In addition, each student will receive $1,000 for the duration of the scholarship, in addition to a supplementary allowance for transportation.

The other 13 applicants were awarded bursaries.

“The SVG Public Service Union is committed to providing the financial support necessary to enable all deserving and accomplished young people to pursue higher education. The Union takes this opportunity to thank members for their continued support and congratulate all successful candidates. We wish them all the best in the future. You have made up very proud!” the union said in a press statement.