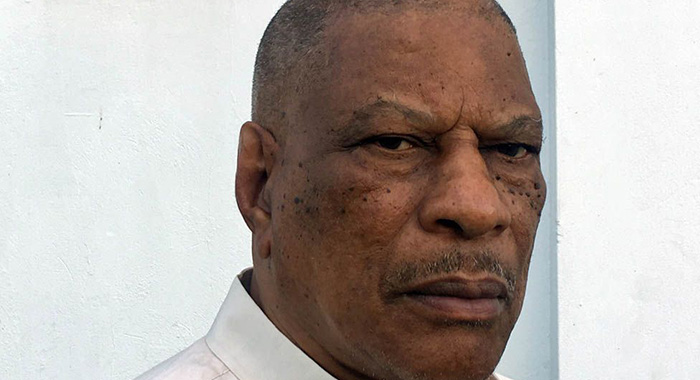 PORT OF SPAIN (CMC) — Yasin Abu Bakr, the leader of the Jamaat Al Muslimeen, who staged an unsuccessful coup against the government of then prime minister, ANR Robinson on July 27, 1990, died on Thursday night, relatives have confirmed.

In a message posted on social media, the relatives said that Bakr, 80, died at the St. James infirmary, just on the outskirts of the capital, just after 9 p.m. (local time).

“My father in law Imam Yasin Abu Bakr has passed away. From Allah we came to Allah we shall return,” wrote journalist Kristy Ramnarine, who is married to Fuad Abu Bakr, one of Abu Bakr’s sons and who also posted a similar message on his Facebook page.

Abu Bakr reportedly collapsed at his home and was taken to the medical facility where he died, despite efforts by medical personnel to resuscitate him. It is unclear at this time what led to his passing.

Abu Bakr was born Lennox Philip, the eighth of 15 children. On July 27, 1990, armed members of the Jamaat-al-Muslimeen invaded the Parliament during a sitting, taking hostage Robinson and several other parliamentarians in an attempt to overthrow the government.

Abu Bakr and other Jamaat members simultaneously stormed the state-owned television station, Trinidad and Tobago Television (TTT) and Radio Trinidad and Bakr appeared on TTT that evening to inform the population that the government had been “arrested”. He urged the population to be calm and “not to loot”.

What followed was a six-day nightmare for the hostages. Robinson was shot in the leg when he refused commands to order the army to stand down.

The Muslimeen demanded Robinson’s resignation and an assurance that fresh elections would be held in 60 days. The insurgents wanted to form a new government, with Abu Bakr as the national security minister.

Outside the Parliament and TTT, the capital city was looted and burnt. Businesses, livelihoods were destroyed, leaving a mark that is still evident today.

Then acting as prime minister, Winston Dookeran and several others were able to negotiate an amnesty with the Muslimeen insurrectionists.

Six days after it began, the hostages were freed and the 113 Jamaat-al-Muslimeen members walked out of the Parliament, TTT and Radio Trinidad with their guns above their heads. They were all arrested and taken to jail. However, they were freed some 14 months later when the Privy Council upheld the amnesty.

Bakr failed to appear before a commission of inquiry that was  set up in 2014 to inquiry into the events that led to the failed coup.

Last month, the police announced they would not investigate statements made by Abu Bakr, after consultation with the Office of the Director of Public Prosecutions (DPP).

During a 75-minute broadcast from his mosque on Sept. 10, Abu Bakr supposedly made threats against the Government.

“God is going to destroy you. You have no weapons to defend yourself. It proven already, because right now we have COVID and you can’t do nothing.”