Students return to classroom for first time this year 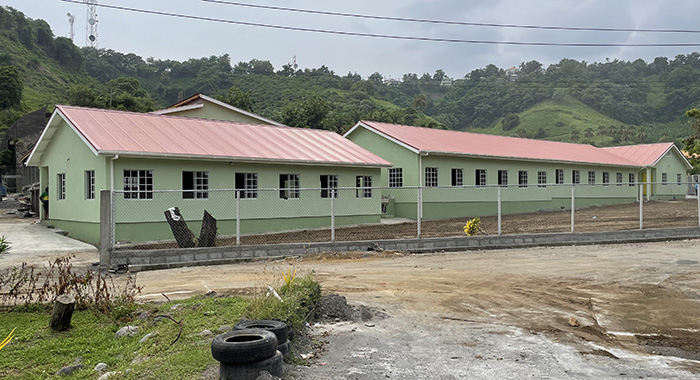 Some students in St. Vincent and the Grenadines are today (Monday) returning to the physical classroom for the first time in almost a year — since the Christmas break of 2020.

Minister of Education Curtis King — in what was billed as a press conference but turned out to be a press statement — said Friday that the decision was taken based on the advice of the Ministry of Health.

In the interim, students continued their education online.

Then, in September, as the new academic year was about to begin on Oct. 4, a spike in COVID-19 cases, which has resulted in 56 deaths since Sept. 9, forced a postponement of the reopening of schools and sent students back into virtual classrooms.

“Schools will be open in full for face-to-face classes or a blended format,” King said.

He said that the recommended format for the operation of schools across the country is based on the percentage of staff vaccinated and the adherence to the health protocols.

The minister noted that his ministry had prepared a list indicating the schools for which full face-to-face operation was recommended, as well as those that were to adopt the blended format.

Where schools are operating under the blended or hybrid format, students will have face-to-face as well as online classes.

Schools are reopening at a time when there are 1,819 active cases of COVID-19, of which 34 were being managed in hospitals, raising concerns about the possibility of children catching the virus at home and bringing it to schools.

In the week ended Sept. 21, one in every five people who tested positive for COVID-19 in the country was under 18 years old.

The figure translated to 93 children, or about 22% of all cases at the time, according to data released by the Ministry of Health.

Of that 93, at least 18 were students in Canouan, who, sources told iWitness News, might have contracted the virus while preparing for their graduation in September.

“You will recall that these three secondary schools are being temporarily located away from their regular location,” he said.

He noted that Sandy Bay Secondary is now located at Mt. Young; Girl High School, at the tarmac of the decommissioned E.T. Joshua Airport; and, Bequia Community High, just outside the Bequia Anglican Primary School.

The primary schools that will commence their format on Wednesday are Owia Government, Biabou Methodist and Kingstown Government.

“In the case of the Owia Government, that is in the [Volcano] Red Zone and there were some challenges in terms of getting that school completely ready…  In the case of the Biabou Methodist and the Kingstown Government, they had shelterees –persons were based there up until quite recently and as such, those schools also required some improvement before we could move into their format of their proposed opening.”

The Ministry of Health said, on Sunday, that people who need a rapid antigen test to return to the classroom can get one at Victoria Park, Monday to Friday from 8 a.m. to 4 p.m., beginning today.

“Interested persons are asked to pay at the Steward’s Office, located at the Milton Cato Memorial Hospital in Kingstown. Please note that all workplace clearance tests within the public system are $26.50 EC per test,” the ministry said.

Meanwhile, the education minister reminded school staff that effective Nov. 19, proof of vaccination is required to enter the school premises, save and except for those employees who are exempted from vaccination in accordance with Statutory Rules and Orders No. 28 of 2021.

On Sunday, Minister of Finance Camillo Gonsalves said that the last number he had seen in Cabinet was that over five secondary schools had exceeded 70% vaccination, in terms of the first doses and four or five were in excess of 60%.

“And the overall vaccination rate for teachers in the secondary schools is more than half the teachers are vaccinated and that number is even better in the primary schools. And the numbers have been trending upwards so I want to thank the teachers for taking this responsibility seriously, taking their own health seriously, the health of their students seriously,” he said on WE FM.

“And it is something that will be a recurring theme in different sectors. We say it to the police, the nurses, the healthcare providers and we will have to say it in the course of this conversation today with the tourism providers,” the finance minister said.

In his independence address to the nation last Wednesday, Prime Minister Ralph Gonsalves said SVG will need, among other things, to vaccinate 90% of its population 12 years and older to get the economy “back to a level of normalcy”.

“If we do not achieve this level of vaccination and a corresponding economic recovery, the government would be unlikely to meet its monthly commitments, including the payment of salaries, wages, and pensions.”

The prime minister was speaking in a media address, the annual independence parade having been cancelled because of a spike in COVID-19 cases.

“It is as simple as that!  I know the arithmetic; believe me please: This is not scaremongering.  I have never done that; and I will not do that,” said Gonsalves, who has been prime minister for 20 years.

Among the vaccines available in SVG is the Pfizer, which has been approved for persons 12 years and older.