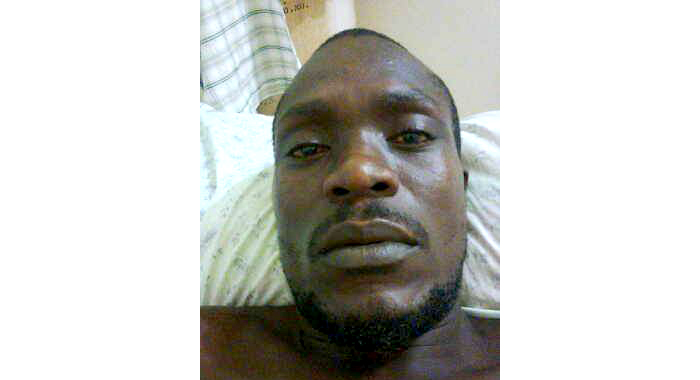 Sabintto Clarke was found not guilty of causing grievous bodily harm to his cousin, Kanato Butler in January 2019.

A jury, on Friday, returned a not guilty verdict in the trial of the Diamonds Village who was accused of causing grievous bodily harm with intent to his cousin by pushing him over an embankment in  the South Central Windward village on Jan. 19, 2019.

Sabintto Clarke, 42, who is also know as “Cat” and “Super Cat”, was facing a maximum of life in prison, if he was convicted as charged.

The virtual complainant, Kanato “Zano” Butler, a 34-year-old labourer, who became a paraplegic after the fall, died about 18 months later.

The charge arose out of an incident at a shop in Cut Open, Diamonds, about 3 p.m., sometime after Clarke had returned from his lands.

He had gone to a shop where he met Butler, who had a history of mental illness and alcoholism.

During the time that Clarke was at the shop playing cards, Butler began sleeping on one of the tables and someone woke him and told him to go home.

Later, after Clarke left the shop, he went outside and saw Butler sleeping next to dog excrement.

Clarke woke up Butler and pointed out that he was lying next to dog excrement and told him to get off the ground.

However, Butler got up and rushed at Clarke, and an altercation ensued, during which Butler fell over an embankment, resulting in his injuries.

In his statement to police, Clarke had said that he was standing outside the shop, about three feet away from the embankment, with his face towards the embankment, when he felt someone push him.

Butler said he did not see who pushed him but when he was pushed he began to fall face-ward first but landed on his back and lost consciousness after he landed.

During the trial, two prosecution witnesses told the court that Butler was relentlessly aggressive towards Clarke.

The witnesses testified that Clark had used an article of clothing to try to fan off Butler, who still did not give up.

One witness said that Clarke responded by punching Butler, who fell over the embankment and became a quadriplegic.

The witness expressed the opinion that Clarke was acting in self-defence.

After the Crown closed its case, defence counsel Jomo Thomas and Shirlan “Zita” Barnwell, made a no case submission but Justice Cottle ruled that Clarke should be made to defend himself against the charge.

The defence hinged their no case submission on the fact that two prosecution witnesses had said that Butler was the aggressor and that Clarke was defending himself.

An area of discrepancy in the case was that Clarke had insisted that after Butler fell, he and two other persons had gone down the embankment and assisted him.

But Clarke maintained that when Butler fell over, they went down the embankment, picked him up and put him on the side of the street.

Clarke then called his brother who had a vehicle and told him to bring the vehicle. He then rushed home and got a quick shower.

By the time his brother arrived Clarke had showered and changed and went along with Butler to the Georgetown Hospital.

Maria Jackson-Richards appeared for the Crown.