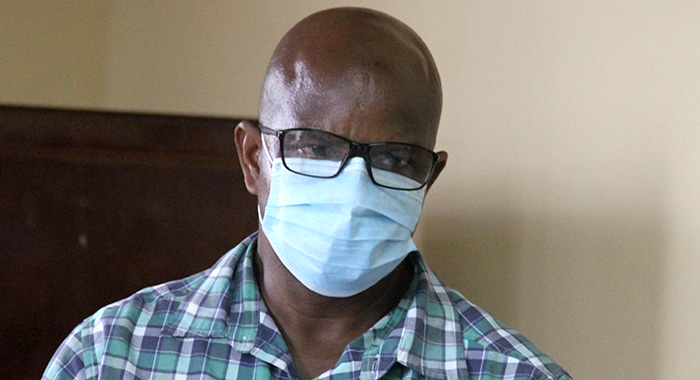 The leader of a major public sector union in St. Vincent and the Grenadines says the government’s COVID-19 vaccine mandatory should be accompanied by acceptance of liability for any harm resulting from the jab.

“… we are very much aware that based on the side effects from these vaccines there has been vaccine injuries all across the globe,” Elroy Boucher, president of the SVG Teachers’ Union told a press conference on Tuesday.

“And, anecdotally, we know there have been such injuries here. We live in communities so we know what is happening,” Boucher said.

“But the government has bluntly refused to address that matter, even though the World Health Organisation that they quote so much has stated that if you decide to approach this through mandatory vaccination you must put in place a compensation policy. That has been ignored. It begs the question: is it about the health of our workers or is it about something else.”

He said that something must be in place so workers don’t have to go through “this long journey of going to court” to prove that the vaccines have impacted them.

“So you wonder what is the true motive here,” he said, adding that workers have been working and producing and there are career public servants, teachers and others “and for one to lose his or her job because of their conviction, it is really disappointing; it’s sad, it’s unforgivable for any government to put workers in this position.

“It is unforgivable and I trust that our people never forget what we are going through here because there will come a time when these very same politicians, the [nine] of them who are in Cabinet right now, the nine of them who … make these decision, I am sure there will come a time when they will come back to the very same people that they have treating in this particular way, totally ignore their years of service and they will come with a different story.”

The union leader said that workers have begun to say that they are not going to comply and the union is urging that its lawyers have to be ready to address this matter.

“We have advised workers, do not resign your job,” Boucher said, adding that he is convinced that many applications for exemptions will be denied because the focus is on vaccination.

He said that the applications for exemption on religious grounds go to the Cabinet for approval, and this is troubling.

He knows that people he knows are filling out religious exemptions and those applications go to Cabinet.

He said that the PSU, Teachers’ Union and Police Welfare Association stand against mandatory vaccination.

“And I want to make it clear. It’s not to say that we are opposed to vaccination. But that should be a choice. Just like how those of us who have been vaccinated made up our minds in our own self, our own deliberation, we came to that conclusion for all the different reasons, people must be given that option.

“The prime minister came to that conclusion himself, in fact, religiously, after giving it prayerful consideration. The same God we all serve, I hope, and therefore, is the same God that we will go to with prayerful consideration. And if he has not answered the majority of us yet and he gave his answer to the prime minister very early, because we serve the same God, he needs to just wait until the others get their answer and respect people’s conscience and their religious position.

Boucher noted that the incorporation of the Civil Service Orders into the law strengthens the government’s hand.

“Let’s be strong. Let’s stand firm. Those who wish, after giving it thought, to be vaccinated, then let them do that and we stand in support of them as much  as we stand in support of those who are still hesitant and those who for whatever reason, religious or medical, are unable to do so. As a union, we have a mandate to support all our members.”