Child reportedly dead after being struck by van in Bagga 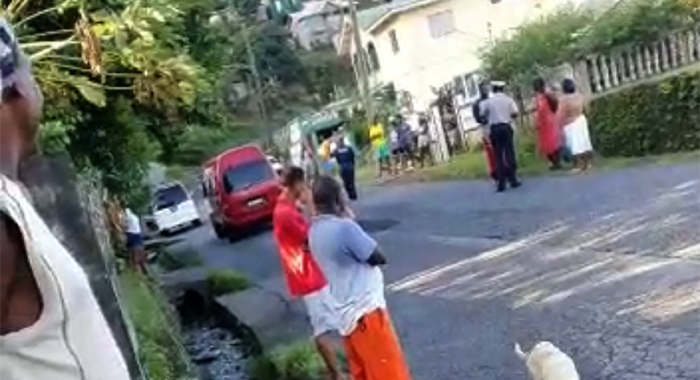 The scene of the accident in Kearton, Barrouallie.

A primary school student is said to have died today, Wednesday, after being struck by a minivan in Keartons, Barrouallie while on his way to school.

The Traffic Branch, in Kingstown, told iWitness News shortly after 10 a.m. that they had no information about such an accident.

However, the Police Public Relations Department said that a sergeant of police had been dispatched to the scene and was yet to report back to the office.

The department said that they could not say whether the child had actually died.

Residents of the Central Leeward community told iWitness News that the child, a male, was struck by the minivan as he was going to school with an adult relative.

The child was rushed to hospital and is said to have subsequently died, residents said.

A video obtained by iWitness News shows people lifting up the child, who appears to be bloodied and limp.

The audio in the video suggests that the child was being taken to a vehicle for transportation to hospital.