NDP statement on the passing of Sir James 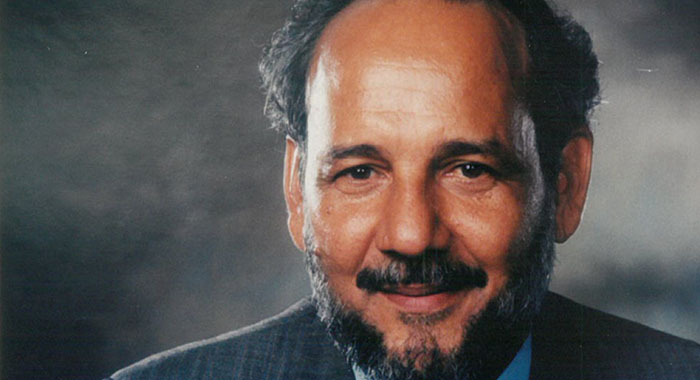 We are in mourning!

We mourn the loss of our party’s founder and Former Prime Minister Sir James Mitchell, who passed away yesterday, Tuesday, Nov. 23, at the Port Elizabeth Hospital in his beloved home island of Bequia. Tributes will come from leaders and friends all over the region and further afield. They will seek to distil significant moments and contributions of a productive and meaningful life; but still there will be more that can be said in praise of this great man.

He was our nation-builder, who loved the people of SVG with all his heart and spent most of his life serving them, selflessly and earnestly. From 1966, when he was first elected as Parliamentary Representative for the constituency of the Grenadines, to 2001 when he retired from active politics, he was a vital part of the politics of our nation. During that time, he did it all politically as minister, premier, in opposition, and as prime minister. He served this country in many capacities and always with distinction.

As Minister of Agriculture in the Labour Party government between 1967 and 1972, he formed the vision and started the transformation of agriculture and widespread landowning in our country. After he parted ways with the Labour Party, he contested the general elections in 1972 as an independent candidate in the Grenadines constituency and won. With that general election resulting in a 6-6 tie between the St. Vincent Labour Party (SVGLP) and the People’s Political Party (PPP) and one seat for James Mitchell, he formed an alliance with the PPP led by E.T Joshua and became premier in the Alliance Government, from 1972 to 1974.

In December 1975, Sir James founded the New Democratic Party (NDP), which today continues to pursue his vision of a prosperous and free SVG. He was an opposition Member of Parliament from 1975 until 1984, when he led the NDP to victory over the SVLP. Thus, he became the country’s second prime minister in July 1984. Five years later, in 1989, Sir James’s NDP won a historic victory at the polls when it swept all 15 seats in the general elections. In 1994, he led the NDP for a third consecutive term in office when the party won 12 of the 15 seats. In 1998, the NDP again won the general elections. Sir James retired as Prime Minister and Leader of the NDP in 2000 and was succeeded by the Honourable Arnhim Eustace, who today shares the loss of our founding leader.

Sir James’ contribution to national development is immense. He played a fundamental role in shaping SVG’s post-Independence political, social and economic landscape. Under his leadership, the policies implemented by the NDP government such as the innovative land reform programme empowered Vincentians of all walks of life and helped to foster a strong, vibrant middle class.

Current leader of the NDP and Opposition Leader, Dr. the Honourable Godwin Friday, who grew up in Bequia and knew Sir James since childhood, has remarked with sadness: “We are mourning the passing of our founder, a global statesman, an unmatched nation-builder, an astute and honest advisor and a dear friend. His passing leaves a hole in our hearts. We must celebrate his life and forever remember and pursue his vision of a prosperous, progressive country guided always by the principles of democracy, the rule of law, the empowerment of our people and the love of country and our Caribbean region”.

We extend our sympathy and love to his family. May God comfort them and receive our friend into his arms.

May he rest in peace.

One reply on “NDP statement on the passing of Sir James”