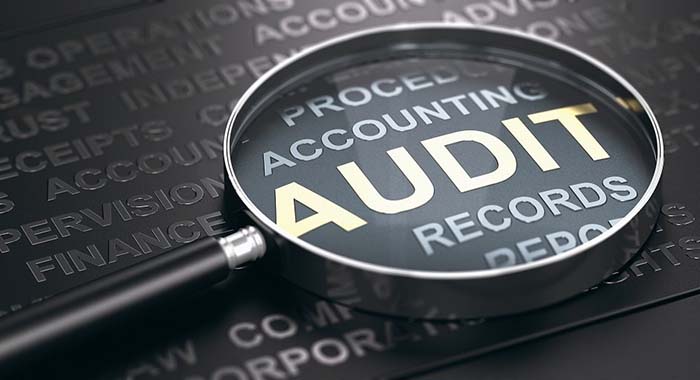 Leader of the Opposition Godwin Friday says that he welcomes, among the strategic priorities of the Department of Audit for next year, audits of the government’s disaster response programme.

“The strategic priorities of the Department of Audit, I note that one of the things that they have indicated that they wish to do in the coming year is to conduct an audit or audits of the disaster relief programmes that were administered by government during the last year,” Friday said during Tuesday’s debate of the  Estimates of Revenue and Expenditure for 2022, which mounts to EC$1.32 billion

“It says one of the key strategic activities for 2022 is to conduct two post-audits of disaster expenditure to determine whether public funds and resources mobilised in response to COVID-19 and the eruption of La Soufriere volcano were used for the purpose intended, and that procedures employed conform to existing legislation policies and accounting practices.”

Friday said that he looks forward to such audits.

He noted that in 2020, as Parliament debated supplementary appropriations in response to the COVID-19 and this year for volcano relief, opposition lawmakers proposed a broad-based approach.

He noted that the opposition has called for a special parliamentary committee to help to look into the needs and the funding and how the funds were being distributed.

“We said that the mechanisms that are in place are already sufficient and we should use them, never mind that the reports of the Director of Auditor are six years behind. So I welcome this initiative. And I hope that the resources will be provided and that the work will be completed in 2022, as the document promises here. It’s not going to be good enough for us to get it four or five years down the road,” the opposition leader said.

The opposition leader said that he hopes that the COVID-19 relief programme would be part of the audit.

“Of course, I can’t tell the director what to do. The director is an independent office. But as a member of this honourable house, I can raise questions that if the director chooses to, she can take notice of and that is to say, I know that one of the principal programmes for business stimulation, business growth, job creation and so forth, that the government had implemented as part of the COVID relief was the PRYME initiative, the PRYME programme.”

The government has said that PRYME, which was introduced last year, will contribute to the empowerment of young people, alleviation of poverty, enablement of entrepreneurship and the creation of new businesses.

“… it’s important for us to know how the programme has managed, whether he has created the jobs, what needs to be done, to make it effective if it can be, or if it’s not being so…”

Friday noted that PRYME is part of the relief programme and said that he is hopeful that the audit “will give us an idea as to how effective this programme has been and whether it should be augmented, it should be altered, or I shouldn’t be pursued.

“That can only come when you have an independent assessment of it — maybe a performance audit. But certainly as part of the work that the Audit Department does, when it reviews the use of public funds for disaster expenditure — because COVID expenditures is disaster expenditure and PRYME was part of that, that it would look at that programme as well and give us a heads up as to how things are going. I look forward to that,” the opposition leader told Parliament.