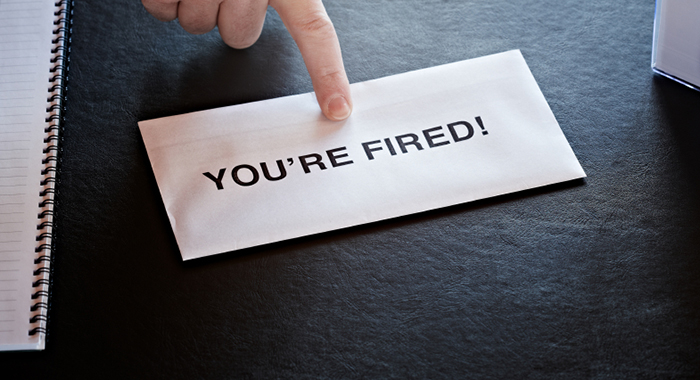 A number of teachers have been formally dismissed from their job for failure to take a COVID-19 vaccine, as mandated, although they received no medical or religious exemptions.

The St. Vincent and the Grenadines Teachers’ Union told iWitness News, on Thursday, that as of Wednesday, 12 teachers had informed the union that they had received dismissal letters.

“We expect that more would come in today. And we are monitoring very closely what is happening but the union’s commitment is to assist all of its members, both vaccinated and unvaccinated,” Oswald Robinson, the union’s president, said.

He further said that a number of unvaccinated teachers had indicated that they had received no salary for December.

As part of a law passed by Cabinet, “frontline” workers, including teachers, who had not taken the jab within the specified timeline were considered as absent without leave although they turned up to work.

Some teachers had been turning up to work despite their unvaccinated status and Prime Minister Ralph had said that they would not be paid.

iWitness News has obtained a Dec. 10 letter to a teacher from Chief Personnel Officer, Arlene Regisford-Sam, informing the educator of her termination.

The letter said that the teachers had failed to comply with Rule 5 of the Public Health (Public Bodies Special Measures) Rules 2021 and, as a result, has been absent from duty without leave since Nov. 22, 2021.

Regisford-Sam thanked the teacher for their service and wished for future success.

Robinson told iWitness News that his union has been receiving and compiling reports of teachers being fired.

“I sent a voice note out to them to tell them just stay focused, that is expected and we are moving forward with our legal battle still and at some point in time we may have other actions coming up.”

He said that some people are questioning the use of the word “deemed” in the dismissal letters.

“… people thought that may be another strategy that people would just stay off the job and fall into the hands of the government. But if they say ‘you are deemed’, that is just saying that they suspect. That’s just my layman’s understanding. Because, at some point, the CPO has to write because you can’t have other people performing the role of the CPO. It’s really the CPO supposed to write, and that’s what she did.

“Because if people not getting salary, then it is expected that the CPO would confirm that in a letter. Salaries are supposed to be paid today and some people have already checked and know that they have not received any salary [for December].

“And you would expect errors to be made, too, because they were hustling to get the accounts right and see who has been vaccinated and what not.

“I know of a particular case, there is a teacher who is vaccinated and yet she received a letter and she got no salary.”

Robinson said that the teacher was vaccinated within the timeframe specified by the government.

“So, we are monitoring very closely but we are definitely taking action. Our legal counsel are supposed to be filing sometime today or tomorrow and we are going forward in full force, straight to the end. We are not going to give up, we are not going to leave anybody unaccounted for.

“In fact, we may have to put a programme in place probably to assist those teachers who have not received any salary for December. I think it is approximately 200 because a lot of the teachers are not coming forward. I don’t know for what reason.”

10 replies on “Gov’t fires unvaxxed teachers; no December paycheque given”