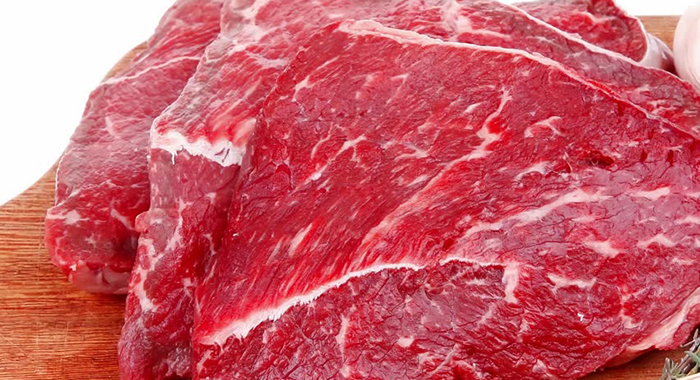 Concerns have been raised over the decision by a state authority to permit a local hotel to land a consignment of imported beef, without the requisite documentation.

Multiple sources familiar with the development contacted iWitness News yesterday (Thursday), one week after the beef arrived at the Campden Park Container Port on Dec. 23.

The meat is expected to be released today, much to the displeasure of Customs and agriculture officials who are familiar with the process.

iWitness News understands that these officials have concluded that the meat should not be allowed into the country since it does not have the requisite documentation and can put local public health and agriculture at risk.

“The meat did not come with the normal paper accompanying importation,” said one source who also identified the hotel for which the meat is said to be intended.

The source said that a state authority, however, has decided that “some other official” should go to the port today (Friday) and release the meat to the hotel.
“There are two authorities that, on inspection,  can say that a commodity is acceptable for consumption — not unsafe. One is the Public Health Department.

“The other one is the veterinary department whose authority can say that the meat, while safe, cannot land because it is coming from a country that may be a treat to our country (SVG). The two departments must cooperate and the paperwork must come to say the origin of the meat,” the source said.

“That is normal international procedure for any commodity being brought in — meat, especially. Even if it is cooked meat, it always has to have the requisite paperwork.

“I understand that for reasons I am not privy to, this consignment is being allowed in, contrary to the law.”

Another source told iWitness News that there has been a lot of “back and forth” over the last week since the requisite officials decided that the entire container of meat should be sent back to the country from which it is imported.

“They missed Tropical’s ship by a few hours or it may have been sent already,” the source said.

“So it has been sitting there from last Thursday until now. Customs put their seal on it and Tropical Shipping was supposed to put back one of their heavy seals,” the source said.

iWitness News was unsuccessful in its attempts to reach Minister of Agriculture Saboto Caesar Thursday night.

A call to his mobile device at 9:40 p.m. went unanswered.

iWitness News, however, was able to contact someone who explained the process through which meat is imported into St. Vincent and the Grenadines:

“The Animal Health and Production Division issues a licence to import (from countries that are cleared by the OIE — World Organisation for Animal Health) to trade in animal and animal products. These countries are free from notifiable disease and would not endanger animal production and wildlife in the importing countries, hence the conditions for import.

“The Animal Health and Production Division in the Ministry of Agriculture is the Competent Authority that monitors the movement of animal and animal products and all such imports are regulated by its surveillance officers at ports of entry.

“All licences are accompanied by a set of regulations which the Veterinary Public Health Officers of the exporting countries are obligated to comply with, based on the international regulations set out by the OIE.

“Upon purchasing any animal or animal products, permission must be sort first and this licence is sent to the purchasing body to ensure that all requirements are filled including the country of origin of the product(s) and or animal(s) and all the conditions must be filled before shipping is done to the country of destination.

“There is the application for the trade licence and from that the permit is drafted with all the conditions for import.”