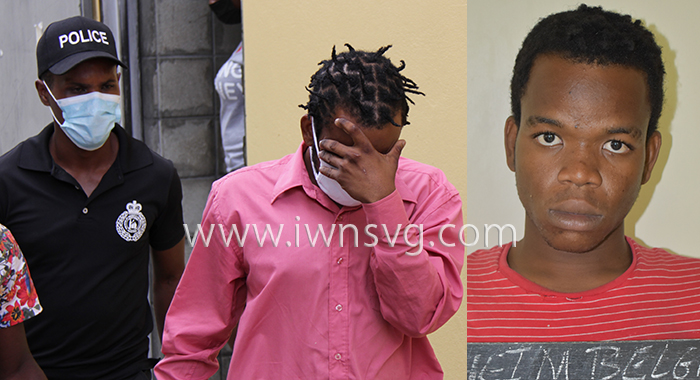 Jaheim Belgraves, 18, had been jailed for two years and eight months for his crime.

A Rose Place man will spend the next two years and eight months in prison for possession of a gun that his lawyer says belonged to his murdered brother.

Jaheim Belgraves, 18, is said to a have seen where his brother hid the firearm before he was killed and kept it for his own protection, should his brother’s murderer(s) return for him.

On Monday, at the Serious Offences Court, Belgraves pleaded guilty to a charge that on Sept. 20, 2021, at Rose Place, he had in his possession one Smith and Wesson .38 revolver without licence under the Firearms Act.

Belgraves also pleaded guilty to possession of five rounds of .38 special ammunition without a licence.

The facts of the case are that about 11:30 p.m. on the date in question, officers from the Criminal Investigation Department (CID) went to Rose Place in connection with another report.

While there, the defendant was seen in a shop belonging to Mark Dennie.

Belgraves ran from that shop into a nearby alley and while running something dropped from him.

PC Morgan, one of the officers, went to the area and observed the object to be a gun.

Police gave chase but failed to apprehend the Belgraves.

The firearm was checked and was found to be loaded with five rounds of ammunition.

Morgan took the firearm and ammo to the police station and reported against the defendant for possession.

Then, on Oct. 6, 2021, Belgraves went to the CID  and Morgan informed him of the report of unlicensed firearm and ammo and cautioned him.

He volunteered a written caution statement admitting that the gun fell from him as he ran.

Checks of the firearm registry revealed that the defendant is not licensed to be in possession of or deal in firearms.

Ballistics expert, Station Sergeant of Police Julian, who had examined the weapon, told the court that the revolver has abarrel capacity of five rounds and a maximum effective range of 50 metres.

It is lightweight and easily concealed, he said, adding that while the firearm was old, it was in good working condition.

The firearm was designed to kill, the ballistic expert told the court.

In mitigation, defence counsel Michael Wyllie told the court that although Belgraves was in possession of an illegal firearm, he had a good reason.

Wyllie told the court that the gun belonged to his client’s brother, who was shot and killed in 2020.

“He had seen where his brother hid it in the house and decided he was going to keep it in the event that the people who killed his brother came after him. And actually, that did happen. A few people came and chased him but it is really unfortunate,” the lawyer told the court.

He said it has been hard on Belgraves’ family since the murder as the assailants have not been arrested.

“And so, again, since the police were not effective in securing an arrest, he got to protect himself,” Wyllie told the court.

He noted that his client voluntarily went to the police and gave them a statement admitting to the offence.

“He is a young man. He is 18 years old. Very young. He just started his life — a long life ahead of him and so, I humbly request that you be as lenient as possible towards the young man so that he can have an opportunity to correct his mistake and live a productive life,” Wyllie said.

He further told the court that Belgraves lives with his mother, who is very, very concerned about him.

“They have no money and this is a pro bono matter,” Wyllie said.

“That’s the majority of my practice in St. Vincent,” said Wyllie, who practised law in the United States before returning to St. Vincent some years ago.

He asked the court to take into account the requisite sentencing guidelines and his client’s early guilty plea.

Responding to a question from the chief magistrate, Wyllie said that Belgraves, who has three siblings, seemed to have had  “a most unfortunate schooling”, having quit school in Form 2.

Meanwhile, in his representation on sentencing, prosecutor, Sergeant of Police Renrick Cato told the court that he would start his response with  “words of wisdom from the Scripture.

“Vengeance is mine, says the Lord,” Cato said, quoting the Bible.

“If every citizen in SVG were to think like the defendant: my brother was shot and killed, I know where his gun is, so, I am going to arm myself with the gun, hoping that if anybody come at me I can protect myself.”

The prosecutor said that he believed that Wyllie was saying that Belgraves was fearful for his life.

“You are fearful for your life, your brother was shot and killed, what are you doing in a shop in Bottom Town at minutes to 12 in the night?” Cato said.

The prosecutor noted that the shop is a public place and Belgraves had the gun there.

He asked the court to use its sentence to reflect the serious nature of the offence and how and to deter would-be offenders.

In her immediate comments, the chief magistrate said that the offence was “unfortunate” given Belgrave’s age  weighting that against the serious nature of the crime.

She stood the matter down to consider the sentencing guidelines.

In handing down her sentence later in the sitting, Browne explained to the defendant how sentences are arrived at and the guidelines that court must follow.

She noted that the maximum sentence is seven years imprisonment or a fine of EC$20,000 or both.

“There is an expression, ‘live fast, die young’. I don’t want that to be true for you. Also there is another one that says young men are called because they are strong. That is Biblical.  I would like you to apply that aspect to your life,” Browne told Belgraves.

“It would be good if parents push students to complete a race that is started… Some will stutter along the way but cross the finish line. It is a good discipline.”

She told belgrades that even if he is not the most academically inclined, he could learn a skill.

“You are from Rose Place. Fishing is a skill. Do something productive,” the chief magistrate said, adding that she tries to learn a new skill every year.

“Not all persons have that mindset. Learn a skill because now, regrettably, you are the only one in the box and facing the harsh reality of your circumstances is hitting you…

“You are still young. I want to see a totally different Jaheim on exit.”