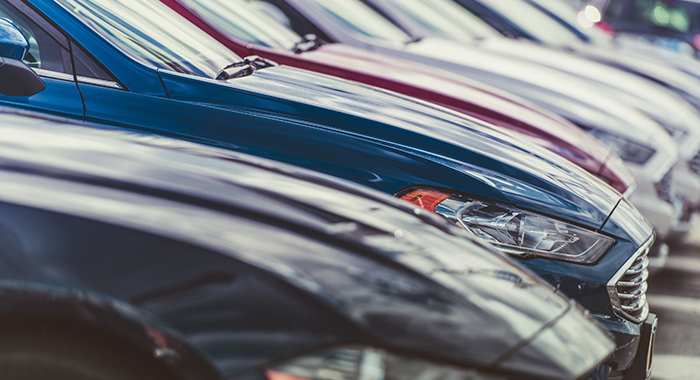 Minister of Finance, Camillo Gonsalves says his government intends to introduce this year “one welcome reform to our tax and tariff architecture”, aimed at making newer vehicles more affordable to Vincentians.

“There has long been public discussion on the level of taxation levied on imported vehicles,” he said Monday night as he represented the EC$1.33 billion budget for 2022.

He said that in some instances,  the effective tax rate can be as high as 135% of the cost, insurance and freight value of the vehicle.

“As a consequence, the motor vehicle fleet on the island is on average 11 years old with an average total landed costs of EC$27,000,” the minister told Parliament and media audiences.

He said that the government is aware that it imposed a prohibition on the importation of cars older than 12 years old, and that the average age of a car in St. Vincent and Grenadines is 11 years old.

“Only 3% of the fleet constitute newer models of less than 3 years old,” he said, adding that the  the local used car market in SVG is underdeveloped relative to neighbouring countries.

He said thata Vincentian consumer is far more likely to buy a 12-year-old car on a Japanese website than they are to purchase one that is resold locally.

The finance minister said that his government has listened to the concerns of both consumers and automobile retailers and undertaken its  internal analytical work and is now prepared to address the issue.

“During fiscal year 2022 — and very early in fiscal year 2022, the taxation regime for motor vehicles will be reviewed with the following objectives in mind: to incentivise the purchase of newer vehicles, to reduce the import taxes for hybrid and electric vehicles, and to restructure the surtax regime for all motor vehicles, including the prohibition on vehicles older than 12 years old. The result of these reforms will be to reduce taxation on all vehicles. But the greatest incentives will go to purchase newer vehicles and or cars with smaller, more efficient engines.”

The finance minister said that the government is working on making the system easy to understand, adding, “… we had an equation but it would be very difficult for the average consumer to follow.

“And in adjusting the existing online calculators so that purchasers will know what their final costs will be before they click buy on the website, these changes will be accommodated within the new harmonised commodity description and coding system HS 2017,” Gonsalves said.

“Common external tariff which will be implemented in this fiscal year. HS 2017 will introduce classification headings for hybrid and electric motor vehicles. And we hope to increase the purchase of hybrid vehicles in particular, because purely electric vehicles don’t perform as well in hilly areas, without straight highways to recharge, as they do in some other locales.”

The debate continues today at 9 a.m., with the response of the opposition leader.