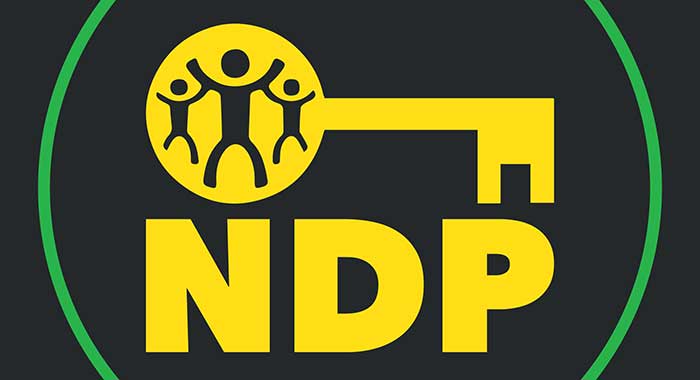 Amidst eight cases of   COVID-19 infection among government members, the ULP government has shown a lack of depth and preparedness in the ensuing uncertainty regarding the safety of persons in the House as Prime Minister Gonsalves rushed to pass the budget on Friday night.

This undue haste and reckless disregard for the health and welfare of members and other workers in the House resulted in the abrupt termination of the budget debate before more than half the members, including seven from the opposition, had an opportunity to make their contribution. The finance minister was also absent and could not use his allotted three hours to conclude the debate.  Ralph Gonsalves wrapped up the debate on Friday night speaking uncharacteristically for just over two hours. As Prime Minister he is allotted four hours to speak on the Budget.

The budget debacle started on Monday, Jan. 10, 2022 when Finance Minister Camillo Gonsalves presented his budget address and spoke for five hours. He did not wear a mask. The applicable   COVID-19 protocols at the time did not require vaccinated members to wear a mask while speaking — despite protest from the opposition. They were only required to wear a mask when they were not speaking!

To add to the chaos, the   COVID-19 protocols originally emailed on Dec. 29, 2021 to Members by the Clerk of House, ostensibly set by the Chief Medical Officer (CMO) and released officially by the National Emergency Management Organization (NEMO), went through several changes between Jan, 5 and Jan, 11. Following the initial document on Dec. 29, 2021, the document was revised on Jan. 5, Jan. 8, Jan. 9,  and again on Jan. 11, 2022.

On Monday Jan. 10, Finance Minister Camillo Gonsalves presented his Budget around 5 p.m.  During his presentation, four members of the opposition were present — the Leader of the Opposition Dr. The Honourable Godwin Friday, the Honourable Terrance Ollivierre, the Honourable Shevern John and the Honourable Fitzgerald Bramble.

Dr. Friday, as Leader of the Opposition, was scheduled to make his response to the Budget on Tuesday Jan. 11, starting at 9 a.m. Shortly before that time, the Speaker telephoned him to say that the CMO had changed the protocols and that all Members of the House were now required to take a rapid antigen test and to report a negative result before they could enter the House. No written release by NEMO was presented to members prior to the commencement of the sitting that day. Notwithstanding, all members of the Opposition complied and took the rapid antigen test, and were all negative. However, three Members of the Government — Finance Minister Camillo Gonsalves, Senator Julian Francis and Senator Rochard Ballah — tested positive.

Following this development, the situation in the House became unclear and chaotic. No one present at the time knew what would happen and whether Parliament could continue under the circumstances. There was a lack of information and direction from the government side and from the Speaker as to what would follow.

Given the fact that several members of the government who had been in the House on Monday Jan. 10 and on Tuesday morning had tested positive for   COVID-19, members of the Opposition were understandably concerned about the risks to themselves and to other workers in the House of contracting the virus. Therefore, the Opposition members left the House and gathered in the courtyard. [Prime Minister] Gonsalves later suspended the House until the following day, Wednesday Jan. 12.

Again, on Wednesday morning, when the rapid antigen tests were administered, two more members on the government side tested positive for   COVID-19.  All opposition members tested negative and were ready to take part in the budget debate. Despite their negative status, the Speaker of the House informed Senator Shevern John, the Honourable Terrance Ollivierre and the Honourable Fitzgerald Bramble that they were not permitted to enter the House for a period of five days because they had been exposed to someone who had tested positive for   COVID-19, namely Camillo Gonsalves. That exposure was said to have occurred during the presentation of the budget by Gonsalves on Monday evening, before he was declared   COVID-19 positive. When the Honourable Terrance Ollivierre entered the House on Wednesday morning, the Speaker instructed him to leave.  The exclusion of the Opposition members was presumably done under the latest revised version of the   COVID-19 protocols that was prepared on Jan. 11 — a day after Camillo Gonsalves presented his Budget.

The Opposition questioned the decision to exclude the members and challenged the basis as being contrary to the science, since Minister Gonsalves had presumably submitted a negative PCR test like other members before entering the House on Monday afternoon. He was, therefore, apparently   COVID-19 negative at the time. The Opposition members called for a suspension of the House until all members could participate in the debate and also to promote the safety of all persons present in the House. The Speaker maintained that the directives had come from the CMO and had to be followed.

On Wednesday afternoon, when the Opposition Members returned to Parliament following the lunch break, they learned that Health Minister St. Clair Prince, who had been in the house earlier that day, had tested positive for   COVID-19 and that all members were now required to take PCR test before entering the House. This was in the absence of any official communication to the members of the Opposition and without a directive from the CMO. According to the Leader of the Opposition, upon his arrival at the House, he was stopped by a junior member of the House staff and told he would have to take a PCR test before entering. Major [St. Clair] Leacock reported that he was instructed similarly.

The next day, on Thursday morning, the Clerk of the House informed members by email that the protocols had been changed and that all members had to present a negative PCR test less than 48 hours old to enter Parliament on Friday, Jan. 14, when the debate was set to continue. There was still no official release from NEMO provided to the Opposition indicating that the testing protocols had been changed from requiring a rapid antigen test to now requiring a PCR test from all members. Under the circumstances, the intended testing change was not properly communicated to the Opposition.  Accordingly, the Opposition members did not take the PCR test that afternoon.

The conduct of the business of the House by the government during the all-important budget debate was a travesty! It disregarded the rights of Opposition members to contribute to the Budget aDebate — the most important debate in our Parliament — and the right of the people of the country to have the benefit of those contributions. No good reason was given by Gonsalves for his refusal to suspend the debate as was suggested by the Leader of the Opposition. The refusal to suspend Parliament was a spiteful and blatant misuse of power.  As in other things, it was Gonsalves’ way or the highway!

So why not a delay for one week this year, when the reasons for delaying it were so compelling? Does the safety of Members of Parliament and the staff of the House not count for much? Does the government not take the risk of   COVID-19 infection seriously?  Are the contributions of members who were shut out of the debate, including ministers with ministries directly affected by   COVID-19, i.e., the Minister of Health and the Minister of Education, of no value to the debate?

It appears that Prime Minister Gonsalves, who chose to terminate the debate before several of his ministers (who were absent because they had tested positive for   COVID-19) could speak, did not think they had anything useful to contribute to the debate.  In fact, Minister of Education Curtis King arrived in the House on Friday evening, presumably having been cleared to emerge from   COVID-19 isolation, and apparently ready to speak on the Budget. Yet he was not allowed to do so. What was Gonsalves’ rush? Was it to exclude the Opposition from the debate? Even so, two of the most affected ministries in this pandemic, the Ministry of Health and the Ministry of Education were not permitted, or were excluded from presenting. Why did Gonsalves go to such lengths to wrap up the debate early and prevent the Opposition from presenting? What was he afraid of?

Nevertheless, the opposition members will present their arguments to the people over the coming week, Senator John and Senator Israel Bruce having done so last Thursday.

The desperate and farcical manoeuvres by the Gonsalves and his ULP government has put our Parliament in a bad light and undermined our system of democracy.  All people should rebuke and condemn them for it.

The views expressed herein are those of the writer and do not necessarily represent the opinions or editorial position of iWitness News. Opinion pieces can be submitted to [email protected]mail.com.