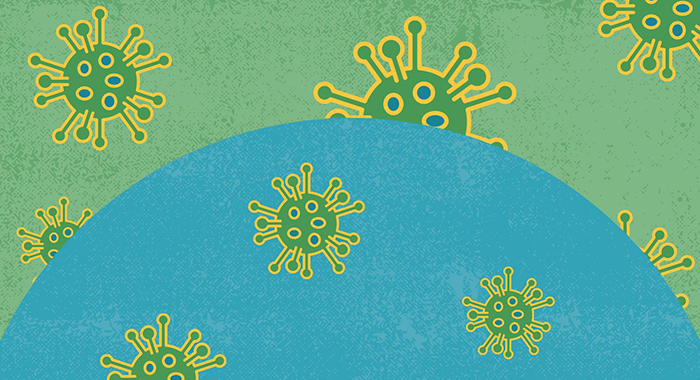 The unvaccinated person in St. Vincent and the Grenadines (SVG) is under 50 years old, could be either male or female, does not work in an institutional environment and is educated to secondary- or post-secondary level.

Further, the “COVID-19 Vaccine Hesitancy Survey Report 2021” for SVG — a study commissioned by UNICEF and USAID — said that 51% of unvaccinated Vincentians are male and 49% female.

Just 17% of unvaccinated Vincentian have only a primary school education

Importantly, almost half of unvaccinated people in SVG —48%— do not work, the survey found.

It is not clear how this is disaggregated in terms of people who are too young to work or are in school, those who are retired or cannot work because of a physical or other condition, and those who are unemployed.

The number, however, suggests that these people could be difficult to reach using employment-related vaccine mandates.

Fourteen per cent (14%) of the unvaccinated were civil/public servants — a percentage that might have fallen in light of the government’s vaccine mandate, which came into full effect last December, after the completion of the survey.

The study was carried out in October and November 2021 and explored the extent of, and reasons for, COVID-19 vaccine hesitancy and if anything can be done to change the minds of those reluctant to take the vaccines.

The SVG survey was the only one not conducted face-to-face across the six countries due to extreme challenges with COVID-19 which made in-person interaction very difficult.

Of the respondents, 61% said they were parents and most of the respondents were employed, had a secondary-level education and 13% reported being unemployed because of COVID-19.

Fifty-eight per cent (58%) of respondents said they had been vaccinated.

SVG most distrustful of vaccine

Of the six countries surveyed, SVG is the most vaccine hesitant according to the Vaccine Hesitancy Index tool used in this study.

The country scored 5.4 on this index where 1 is a perfect score, 3 is the objective score and 10 an imperfect one.

The chief reasons given by respondents for avoiding vaccination is the contention that they don’t trust it (26%)  and they are unsure about long-term side effects (16%).

Fifteen per cent (15%) felt it is a choice and that they had chosen not to be vaccinated, and 14% do not trust the medical authorities or the government in SVG.

Medical conditions that barred 8% of the unvaccinated from taking the jab and 6% are not taking it because of religious reasons. Four per cent (4%) of respondents said that it was not mandatory for work and a similar percentage did not like any of the options available. One per cent (1%) could not find the time to go get vaccinated or felt that the lines were too long.

The preferred mode of communication for unvaccinated people was Facebook (22%), followed by WhatsApp (19%); 18% preferred radio, 12% television (local or cable), 15% their social networks (family and friends) and only 7% opted for newspapers. YouTube was 4%, TikTok was 2%, and Twitter was 0%.

The sources that respondents relied on to inform their decision to remain unvaccinated were social media (31%) and government/official sources (21%).

Most of the respondents said more information on side effects (36%) and efficacy (34%) could sway them to take the vaccine.

A quarter —25%— of the  unvaccinated people who responded, said the number of people who got sick/died and their vaccination status could help to convince them to take a COVID-19 vaccine.

A further 21% could be influenced by the types of vaccine available, 21% by the impact on the vaccine on their ability to have children, 19% by its impact on their sexual health, and11% each by the position of their church or religious leader, or the location of vaccination side.

When asked if there were any other factors that might help change their minds, apart from more medical information, respondents suggested they might get vaccinated if it is required for overseas travel (31%) or to get/keep a job.

More scientific or medical information caudal possibly cause 39% of unvaccinated respondents to change their mind, and 21% caudal do so if they saw people they care about getting sick/dying, 9% if it allowed free access to social activities, and 5% if they saw influential people switch their position.

Despite remaining unpersuaded, around 70% of the unvaccinated in SVG found information conveyed by personalities to be helpful.

Lack of support for vaccination of students

In relation to vaccine mandates, the survey found that, unsurprisingly, unvaccinated respondents were much less likely than their vaccinated counterparts to support them. Agreement with mandates for students was particularly low.

Of the unvaccinated respondents, 44% said they would support vaccine mandates in respect of arriving passengers, 34% for frontline medical/elder care workers, and 25% for hotel tourism sector workers, 20% for taxi/minibus drivers and conductors.

At the same time, just 8% would support such a mandate for secondary/tertiary students, and 2% for primary school students.

The report recommends that communication strategies need to speak to key concerns, target the demographic profile of the unvaccinated and hone the use of non-governmental personalities and influencers.

“Supplemental strategies should consider the risk to vulnerable groups and, in respect of younger and unemployed persons, consider promoting infotainment products that might reach this audience.

“Vaccination tracking is necessary to determine if strategies are working and it is therefore suggested that this exercise be repeated in another year if the issue continues to be relevant,” the report said.

3 replies on “Here’s what the unvaccinated Vincy looks like”