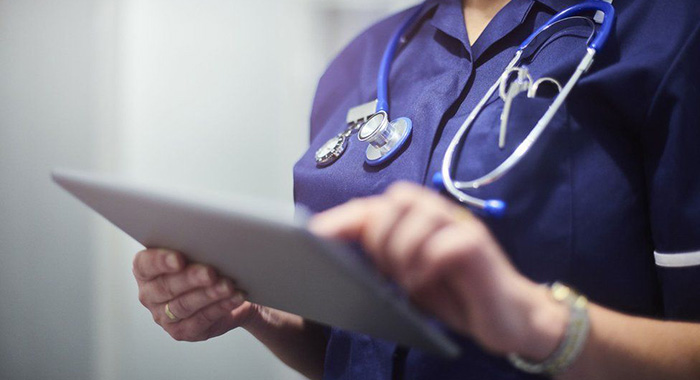 St. Vincent and the Grenadines (SVG) will begin bonding locally trained nurses to work in the country for a number of years, Prime Minister Ralph Gonsalves announced on Wednesday.

The bonding will begin with current cohorts or nurses enrolled at the nation’s training school and comes amidst a significant number of nurses choosing to work overseas.

Gonsalves, speaking on state radio, said that he has discussed the issue with the chief personnel officer and Nigel Scott , director of the SVG Community College, of which the Division of Nursing Education is a part.

He, however, did not say specifically for how long nurses would be bonded.

“We don’t have a bonding programme for nurses because we have been producing such a surplus that you could even facilitate some nurses going [overseas to work].  It’s a poverty reduction measure, [it] is to make sure that young people have a noble profession, especially women,” the prime minister said.

He said that is why his government gives either a free nursing level at the associate degree level and highly subsidised, the bachelor’s programme.

“And in addition, we give you $1,000 a month. So we spend a lot of money on it. And what is happening, there are some persons who are — and I understand it, but the world has to be in a balance for things to work; I don’t begrudge anybody who wants to go overseas and get an opportunity to work and the like.

“But surely, I mean, you can’t just use the system in a way you get a free education for two or three years, or in some cases, four years are near-free, you get $1,000 a month. I pay you to go to school, really and then immediately when you come out, you get a year on the SET (Support for Education and Training programme0, for instance, which a SET nurse is $1,500 a month, and then you say you want to get appointed, and I could understand you want [to get] appointed, but you want get appointed as a staff nurse, you don’t necessarily have it in your mind to stay to give a few years service.

“Shortly after you get appointed as a staff nurse, you jump on a plane and you gone somewhere else . You gone to England or somewhere and England is taking a lot because with the COVID a lot of countries need nurses.”

The prime minister said there is a “great demand, greater than usual” for nurses globally.

“But you can’t turn your back –everybody can’t go and turn their back on we who pay to train them.

“Normally, as I say when you  had an overabundance, and though there was a big demand, there wasn’t like nowadays, there’s a real crazy demand for nurses. When I say crazy, I mean, out there because they need so many more nurses because of the pandemic.

“But Heavenly Father. I mean, if we train you, we give you a free or near-free nursing education, we pay you $1,000 a month. Come on, your conscience must tell you, you can’t tell me well you do one year or you do two years. You’ve got to give me a little bit more than that, man. That sounds reasonable. I wasn’t encumbering the young people, but the circumstances have now changed.”

He rejected the view that nurses are leaving because they have been mandated to take a COVID-19 vaccine.

That’s  not the case because it’s really the pull of countries outside, including the Caribbean, you know want our nurses, including places like Tortola, Bermuda, Turks and Caicos, Antigua itself, St. Kitts.”

Gonsalves said that SVG has a good nursing school.

“Our persons, I mean they are good nurses. I love them very much but you got to show some solidarity with me, too — not just me but I mean with the country. you can’t take the view that well, you’re a Vincentian, there’s this programme and you get it and then you’re going,

“So we have to do, including those who are currently in the programme, we have to do a bonding. Remember,  this programme is hundreds upon hundreds, running into thousands of persons who have trained as nurses, and nursing assistants.

“I mean, we spent millions expanding the nursing school, increased the staff, do all sorts of things and we do something for our nursing students here, which people don’t do otherwise in the region,” the prime minister said.