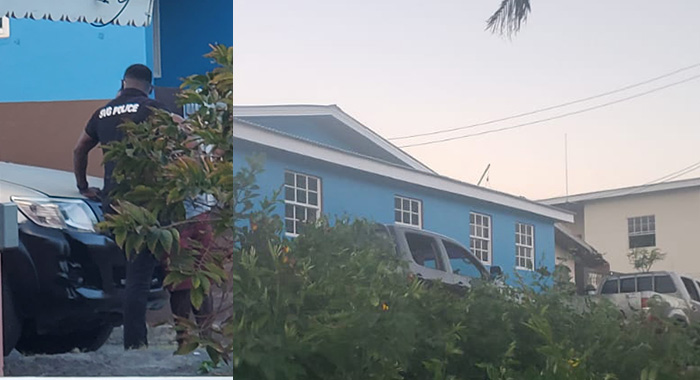 Police during their operation in Owia on Saturday.

Drug investigators from the Royal St. Vincent and the Grenadines Police Force were this evening (Saturday) conducting a search at the Owia Health Centre, in connection with a “cocaine bust” reportedly made in the North Windward community earlier today.

iWitness News was told that during searches of several houses in the community, police confiscated three packages said to contain a substance suspected to be cocaine.

The police operation began around 5 a.m. and led to a relative of a health worker being taken into custody.

Sources say that this has led to the police expanding their raid to include the health centre, around 5:30 p.m.

Sources tell iWitness News that the police operation is believed to be part of a wider investigation that began after the arrival of a speedboat in Baleine, an uninhabited community in the north of the country, renowned for marijuana and produce cultivation as well as illicit activity.

Police services in Owia are minimal as officers are yet to reoccupy the Owia Police Station, which was damaged during last April’s eruption of La Soufriere volcano.