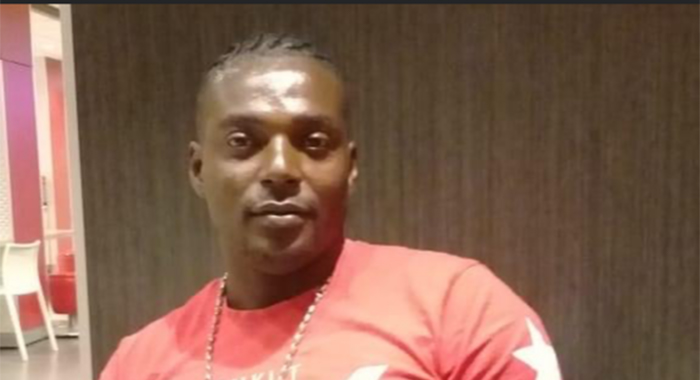 Delarno “Scrapie” Spencer, one of the construction workers killed in the incident in Georgetown on Monday, Feb. 7, 2022. (Facebook photo)

Judy Prince, of New Adelphi, told iWitness News that one of the dead men is her boyfriend, Delarno “Scrapie” Spencer, 44.

Spencer, who is originally from Chateaubelair, was also living at New Adelphi.

Prince said she was informed of her boyfriend’s death when his boss called.

Her aunt answered the phone and received the message of the tragic incident, which ended a 12-year relationship.

The other deceased is Maxwell Seales, of Calliaqua, Sendi Haynes, project manager at Fraser Construction, the men’s employers, told iWitness News at the scene.

Haynes said he was not on site when the incident occurred around 1:45 p.m.

He told iWitness News that another worker, Cameron Moore, sustained injuries to the head  and pelvis and was being attended to at the Georgetown Hospital.

Doctors were looking to stabilise Moore before transporting him to Milton Cato Memorial Hospital, the nation’s main healthcare facility, located in Kingstown.

He described both deceased men as reliable workers.

Haynes was among people who consoled Prince at the scene.

The men were working on an extension of the building, a project the company was contracted to complete, Haynes said.

Meanwhile, an executive at St. Vincent Distillers Ltd, told iWitness News that he was not aware of the circumstances surrounding the incident.

He said that the company had retained a construction firm to work on the property and that he might be in a better position to comment tomorrow.

The men’s deaths bring to three the number  of construction workers to die at the factory in less than a year.

On June 14, Lyder Corke, a 66-year-old contractor of Chili Village, Georgetown, died after falling through the roof of the factory, while changing galvanised sheets.

Editor’s note: This article was updated at 20:37 on Feb. 8, 2022, to more accurately reflect the scope of works that the construction company was contracted to provide.