Belmont resident charged with shooting man in both legs 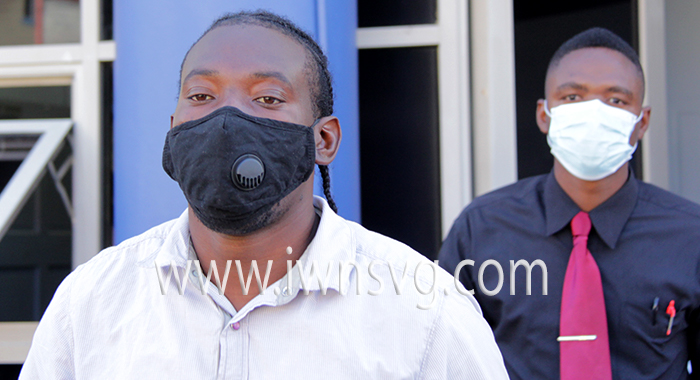 A detective escorts the accused, Jomal McMaster, left, to prison on Thursday, Feb. 10, 2022.

The Belmont man accused of shooting a Richland Park auto body workman in both in legs in Belmont, on Monday, has been denied bail.

On Thursday, Jomal McMaster, 30, self-employed, appeared before the Kingstown Magistrate’s Court, charged that on Feb. 7, at Belmont, he unlawfully and maliciously wounded Clinton Matthews, of Richland Park.

Prosecutor Corporal Lafleur Alexander objected to bail, telling the court that Matthews was still a patient at the Milton Cato Memorial Hospital and was scheduled to undergo surgery that day.

She said that the Crown did not know what the outcome of the surgery would be, hence the objection to bail.

However, McMaster, who did not have a lawyer, told the court that he was willing to surrender his travel documents and report to police mornings and evenings as part of bail conditions.

Senior Magistrate Rickie Burnett said that those issues would arise if the court were considering bail.

The magistrate said that the court would consider bail on Monday.

Police have said that according to investigations, on Monday, about 5:45 p.m., Matthews was in his vehicle in Belmont in an area called Meng Village.

“On leaving the area, the traffic came to a standstill at a narrow piece of road. The bodywork man was approached by an unknown assailant and shot three times about his body.”

Matthews was taken to the Milton Cato Memorial Hospital for medical attention.