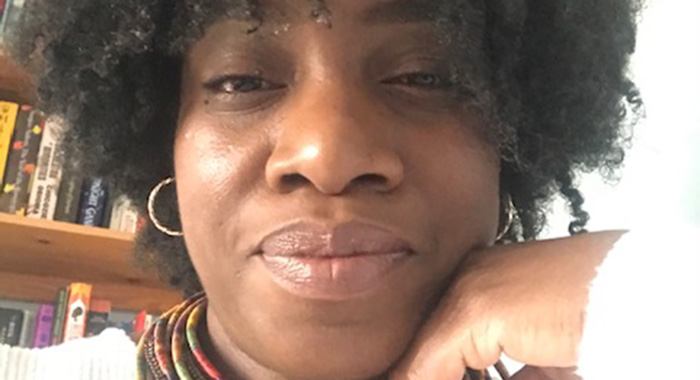 Hairouna Film Festival has announced that Grace Peters-Clarke, writer of “Cart Man”, is the winner of Hairouna Film Lab 2021.

Peters-Clarke received a monetary award to cover the cost of producing the short film and a global lifetime membership to Soho House.

Hairouna Film Lab is designed to support Vincentians and residents of St. Vincent and the Grenadines looking to take the next step as screenwriters and filmmakers.

The inaugural talent incubator, initially announced on March 19, 2021, is the result of an ongoing collaboration with HFF partner Soho House.

On Nov. 8, 2021, Peters-Clarke was announced as a finalist in the competition alongside Christina Smith.

Both participants underwent a three-week virtual residency where they were mentored on screenwriting and story development by accomplished script writers Abraham Adeyemi and Michelle Serieux.

After careful consideration, Peters-Clarke’s script “Cart Man” was selected as the winning script having shown the most overall development.

“I have a background in writing stage plays but I’ve always wanted to start writing screenplays because I think so many of our stories translate well through the medium of film.

“Being a finalist in the Hairouna Film Lab scriptwriting competition gave me so much insight into my craft as a writer. The rigor of the mentoring process was exactly what I needed to sharpen my writing for the screen,” Peters-Clarke said.

“As we move into the pre-production phase, I am really excited about bringing this story to life and the opportunity to work with a talented Vincentian cast and crew, in order to produce something that is uniquely Vincy.”

Peters-Clarke is a Vincentian teacher residing in Birmingham, United Kingdom.

She has written and directed for youth and community theatre and also enjoys writing and performing poetry.

She is a member of The Nucleus, a Vincentian women-writers’ group, and her work has been featured on BOCAS Lit Fest’s Stand and Deliver event and Intersect (Antigua).

At the heart of the story, “Cart Man” pays homage to an often-overlooked part of Vincentian society. Peters-Clarke hopes that the film resonates with Vincentians, and a wider audience, who will connect with Vincentian’s quest to rise above the challenges of poverty.

“Cart Man” will be further developed in the coming months and is scheduled to begin production this summer.

Persons interested in auditioning for roles in the short film, “Cart Man”, are asked to email their particulars to [email protected] by Feb. 25, 2022.