‘I have always had interest in politics’ – Brenton Smith (+ Video) 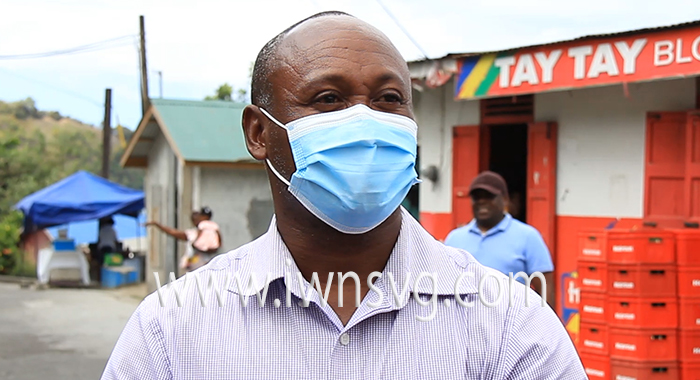 Former police officer Brenton Smith, who, this month, was elected general secretary of the opposition New Democratic Party (NDP), two months after he was fired for failing to take a COVID-19 vaccine, says he always wanted to get into politics.

Smith, a former station sergeant of police and head of the Police Welfare Association, told iWitness News that his interest in politics was not always public.

“…  maybe within the public aspect of the police force, they always know that I have interest when I retire as a policeman to enter active politics,” Smith told iWitness News in Richmond.

“So this is probably just my beginning of it all. But more importantly, St. Vincent and the Grenadines needs their best to serve the country at the highest level. And despite this is at a political party level, this is where it basically starts from and builds from because a good political party can turn out to be good government and good governance,” Smith said.

He was among an NDP delegation — led by party president, leader of the Opposition Godwin Friday — visiting North Leeward, on Tuesday.

The government has leased to a St. Lucian businessman 58.8 acres of land in Richmond for 30 years for a stone quarry.

He told iWitness News there are a number of people who support him and he thinks he can bring new energy to the NDP – which has been in opposition since March 2001 —  and assist the party to move from one level to the other.

“I am a very hard worker. I am a people person. I can help the party, the president – of course all the presidents to carry out the mandate of the party.

To his former colleagues who might be wondering whether his actions in the Police Welfare Association might have been inspired by his political ambitions, Smith said:

“I don’t know what I might have done that might [cause] them to feel that way. But, I can simply say to you that my transition into politics is to basically help them,” Smith said.

He said that the police force needs help “in all ways”.

“You need serious accountability, you need fairness in promotion and upward mobility of all officers, you need fair play in the organisation.”

“And I believe that with a change of administration and putting proper procedures and policies in place, the officers will benefit more from me being here than within the organisation at this stage.”

Meanwhile, Friday, who was present at the time of the interview, said part of Smith’s mandate, as NDP general secretary, is to be “involved in organising activities like this and to be on the ground, to be in the engine room of the party.

“So, that is why he is here today and I’m happy to have somebody of his competence and his commitment to be here to help us to carry the work of the NDP forward.”

The NDP president said that others have contributed to bringing the NDP where it is and everyone will at some point exit the stage.

Friday said that Smith is transferring to a larger platform the service he provided as a police officer.

“… and we are happy and welcome him in that role.”

Smith was elected during a virtual session on Feb. 6, in which South Leeward MP, Nigel “Nature” Stephenson was elected to one of the two vice-president posts, joining Central Kingstown MP, St. Clair Leacock, who has been an NDP vice president for two decades.

Asked his view on his new executive generally, the opposition leader said he was delighted to head a party “that you have so many capable people who want to take active part, to stand up and say, ‘I’m putting my hand up. I want to take part in what the NDP is doing to change government and to transform the country further on.

“It’s not just about coming to government. What we have found, what I have seen, specially since the last election, is that people are searching for a vision of this country that says that things are possible.”

“People want a vision, they want hope for this country to say, ‘we have a future here’. We might be small but I consider this to be precious and people are, more and more, especially young people … looking for that and accepting that vision that we are presenting and so when you have new people coming in and bringing that enthusiasm, I think that it helps to further that message,” Friday said.