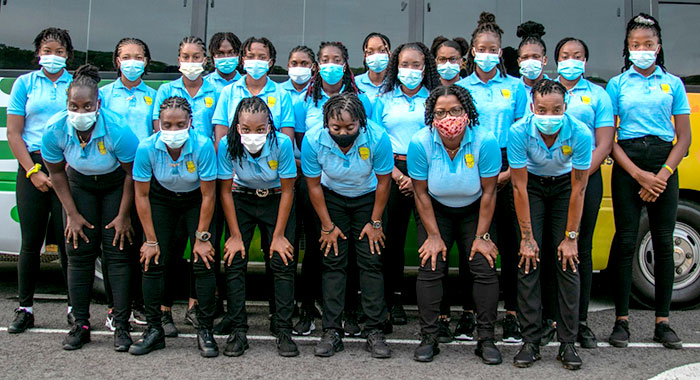 The St. Vincent and the Grenadines National Senior Women’s Football Team will compete in the 2022 Concacaf World Cup Qualifiers.

The team commenced quarantine on Feb. 5 at the Brighton Technical Centre in preparation for the tournament, and final selection for travel hinged on the PCR tests results and the availability of players.

SVG was placed in Group E alongside Cuba, Haiti, Bristish Virgin Islands and Honduras. SVG is scheduled to play against Cuba on Feb. 16, followed by a game on Feb. 20 against Haiti.

Both games will be played in Cuba.

Additional matches are slated to be played in April against the British Virgin Islands on Vincentian soil while the Honduras game will be on their home territory.

The delegation will also see General Coordinator Roxell John traveling to organise the home match in Cuba against Haiti.

Strikers: Areka Hooper, Asha Richards, Denella Creese. Sherese Cyrus who is studying in Jamaica will join the delegation in Cuba.