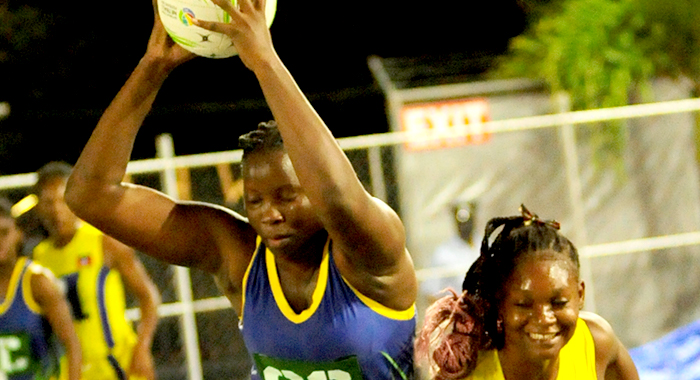 St. Vincent and the Grenadines will play its 4th games against tournament lead, Barbados, which has 20 points, while the Vincentian lasses have netted 15 from their three games.

On Wednesday, Frederick, who started off the tournament with back-to-back 50-point performances, put up 40 as SVG defeated Antigua and Barbuda, 47-33.

The scores were levelled at 8 at the end of the first quarter, before Frederick took control in the second period to give SVG a 7-point lead at half time.

Frederick scored 19 from 23 attempts as St Vincent went into the break with a 21-14 lead.

Reyana Regis, who is also enjoying a good tournament for Antigua, shot 85% from the field to end the half with 9 points from 13 attempts.

Frederick again exercised her dominance in the 3rd quarter, scoring 10 points and SVG took a 12-point cushion into the 4th quarter with a lead of 35-23.

Frederick led all scorers with her 40 points from 48 attempts while Shellisa Davis added 7 from 17 attempts.

Meantime, Antigua have now dropped 3 straight games since winning their opening match of the tournament.

On Sunday, Frederick led her team to a 62-32 win over St. Kitts and Nevis, scoring 52 points, with Davis contributing the remainder.

St Vincent and the Grenadines – 15 Points

One reply on “Frederick is tourney lead as SVG remain unbeaten”