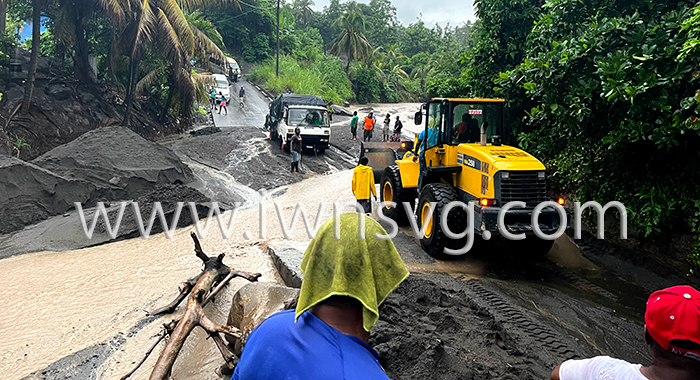 Bailey bridges will be built in Overland and Noel by August, says MP for North Windward, Montgomery Daniel.

The bridges are expected to address the issues of stranded pedestrians and motorists when these rivers are in flow as a result of heavy rains.

Last year, people were left stranded on both banks of the river from about 3 p.m. on Christmas Eve to about 2 a.m. Christmas Day as the river at Overland overflowed its banks, making it impossible for pedestrians and vehicles to cross .

Then, on Jan. 26, the river at Overland swelled around 3 p.m., leaving students and other commuters stranded for hours.

Speaking on radio recently, Daniel, who was also acting prime minister, said that a team of engineers were already on the ground, while the Ministry of Transport and Works was continuing discussions with the Ministry of Finance for the importation of three bailey bridges.

A Bailey bridge is designed for rapid construction from latticed interchangeable panel of high-tensile steel that are coupled with alloyed steel pins set into ready made holes to form girders and laid double or triple or super posed to suit the span and load, Google says

“Once everything goes in place, by the end of August, we should have the bailey bridges across the rivers in the constituency of North Windward,” Daniel said.

The funds are available for the bridges through the Ministry of Finance, under the Volcano Eruption emergency Project, Daniel said.

One reply on “Bailey bridges for Overland, Noel rivers by August — MP”