Is Richmond better for farms or a quarry? 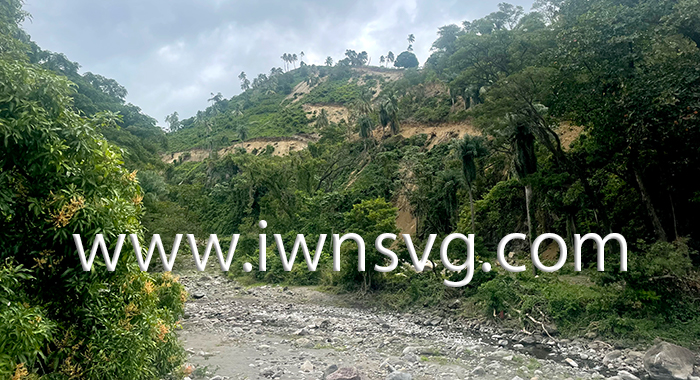 By Concerned Resident of Fitz-Hughes

The soon-to-be quarry project at Richmond is of some concern to the people whose lives would be directly and significantly affected. I am also concerned and would like to express these concerns and seek answers to some questions that occupy my mind.

Last April, we experienced an explosive eruption of the La Soufriere volcano. This has done considerable damage to the vegetation, even miles from the crater. Anyone who is travelling up the Leeward course by road would have an excellent view from Troumaca of the magnitude of destruction to the vegetation on the slopes of the volcano. These slopes were home to many farmers for decades. One may think that the only crop grown there was marijuana, but this is far from the truth. Several farmers grew root crops and vegetables there. The rearing of animals was quite common there as well. The butchers who journeyed miles to purchase livestock could attest to this. Consequently, these livelihoods were significantly disrupted as a result of the devastation to the mountain.

This has not only caused significant losses to the farmers but has also put them out of business. The lands lay under tonnes of volcanic ash, making farming impossible at this moment. The ever-present threat of lahars and mudslides has kept countless farmers away from less affected areas. Our very own renowned scientist Professor Richard Robertson has warned of the dangers of lahars for even years to come. Given the situation on the mountains of La Soufriere, we could conclude a number of things. We could conclude:

I’m sure you can think of others. With that said, one would want to believe a certain appreciation and preservation of agricultural lands or lands suited for the said purpose would have increased significantly. Fair assumption, right? Well, an area commonly known as Hill where a significant number of farmers ply their trade is now earmarked for quarry development. These hands have great potential for agricultural development as they were part of the Richmond Vale estate. In my humble opinion, the majority of the lands are underutilised and could have done well with some input from the government. Moreover, a government with a vision and one who speaks about food security would have easily seen how critical agricultural lands are to our very sustenance as a nation. Maybe some people were led to believe so. Instead, this government is of the opinion that these farmlands are better off turned into a quarry with a lease of $12,000 a year for 30 years.

One just need to have a conversation with any of the farmers who farms there and ask him to give an estimated value of crop yields from 10 acres, 17% of the land, per month, I would want to believe even the worst-case scenario except for severe drought or storm damage, it would be more than $12,000. This makes one wonder, who does our government picture as the real beneficiaries of this project or these lands depending on how you look at it. Where are these displaced farmers going to farm? Are we telling the farmers that farming is not a real job and they are better off seeking a real job when work commences on the quarry? Or, are we saying once they are “well-compensated” then that settles it? Mr. Minister of Agriculture, Honourable Saboto Caesar, please explain to us: How does the transformation of fertile farmland into a quarry fit into our food security plan? How does this project help us to reduce our food import bill and provide opportunities to export more food? You are not short of the scholarly disposition to provide us with answers. Now, it is a matter of if you are a true servant of the people you serve.

It is indeed a difficult time for us as a nation. The people in the Orange and Red Zones lives were significantly disrupted and this disruption disrupted the entire country. This new disruption in North Leeward would also disrupt the entire country. Our social, economic, and political lives would be disrupted. To Mr. Carlos James, we know you are a minuscule fish amongst the piranhas, but you should have known before you jumped into the lake. Ask yourself this question, has the “quality” of representation given to the people of Fitz Hughes and Chateaubelair, strengthened or weakened the relationship you have with them? Your answer is one example of the political implication of this project; however, you wish to answer the question. For those persons who opted to use the straw man fallacy to try to derail the argument and brand the people of North Leeward as anti-developers, here is something for you. We are not against development but this piece of mother earth is priceless and should not be renumerated. There are other places in this part of the country where this project could be done. Thousands of people have not considered the environmental impact this would have on wildlife, marine life, and that of the people.

The lease money ($360,000) for 30 years has heightened my thinking. Who owns the company currently setting up the quarry? Is it a sole proprietary or partnership business? Is there anyone in St. Vincent and the Grenadines who might have both interest and the resources to own such a business? Oh sure, that one I can answer, Bigger Bigs. Sorry, someone just told me Bigger Bigs has the ambition but no longer the resources and luck. Is the total value of the lease ($360,000), suggesting in any way, the value of lands in the Red Zone and possibly Orange Zone has been reduced to little or nothing as a result of La Soufriere eruption?

Notwithstanding what you are grappling with mentally, I leave you with this final question. Against the backdrop of the vulnerability of small island states to natural disasters, our own experiences with them, balancing sustainable development, and food security for us as a nation, which do you think is the better use of the lands, a stone quarry, or agriculture?

One reply on “Is Richmond better for farms or a quarry?”