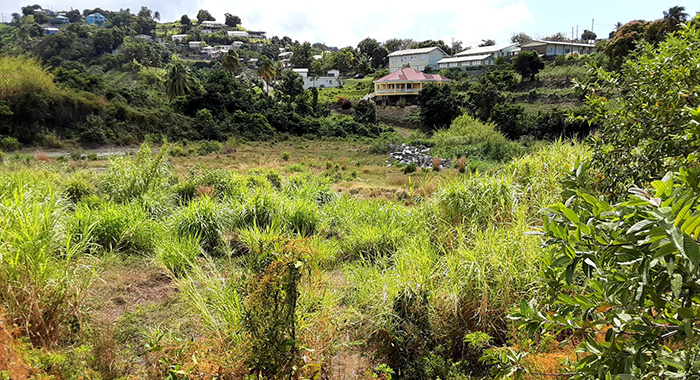 The wise old sage said that a promise is a comfort to a fool. In the bleak, desperate community of Troumaca, the people continue to get duped by their elected political leaders. It has been over a decade since the people of Troumaca were left wondering, anticipating the fulfillment of a park promised to them by the area representative. Up to now, the government hasn’t done what they say were going to do by constructing a playing field for the sporting community of Troumaca.

The information presented to me by the residents of Troumaca confirms that under Mr. Jerrol Thompson’s watch, he started the playing field just before the 2010 election and left it unfinished after winning the seat. The incomplete playing field has become a controversy about the legality of lands allegedly taken away from the people by the government for its construction.

A resident named, Mr. Vinci Charles, said that at one time, Troumaca used to have four cricket teams. Mr. Charles is a gifted sculptor and was one of Troumaca’s fiercest fast-bowlers. He told me that when the government destroyed the playing field in the early 70s, automatically, the community of Troumaca went into a downward spiral, leading to the decay of values and standard of their model community. Vinci said that in the 70s, Cricket clubs from Trinidad used to come to play against the cricketers of Troumaca, and vice versa. There are other residents of Troumaca who attest to what Mr. Charles has told me.

The People Are Asking

Wilfred Slack and Michael Findlay have gone down in history as two of the finest cricketers from the West Indies — born in Troumaca. Who knows if there are other remarkable cricketers to make their mark on the international scene, just as Findlay and Slack did. Definitively, yes, there is! Mr. Findley and Mr. Slack have learned the rudiment and artistry of playing the game in Troumaca and have been enshrined into the cricket hall of fame.

The people are saying that they want a playing field where the hyperactive children can go and let off their steam. Their voices are resounding for a sporting facility for the students who attend both elementary and secondary school, to do their extracurricular sporting activity. The area representative, Carlos James, should make good and finish the playing field. If the area representative of North Leeward does so, he could impact the people positively in his community.

Mr. James, you have a chance to prove yourself to the people. Not like those subtle, deceitful politicians who bribe the people with halfpenny gifts around election time, but one who sees the need to develop the community that has been neglected over the years by nefarious politicians. If you do the right thing, you will go down as one of the best political gurus who came from among the people.

Mr. James, you know the plight of your people. I have seen adults and children jogging the narrow winding streets of Troumaca, where reckless drivers zoom-zoom their vehicles recklessly as if they want to run the pedestrians off the road.

As the parliamentary representative, you have an obligation to help develop the youths of this nation. Yet there is no playing field in the community for the hyperactive children to go and burn their energy. It seems like they want our children to become victims of obesity! The sports enthusiast should not be going to other villages to burn calories, exercising to stay healthy and fit. Do the right thing; build the people a sporting complex.

It is a shame there isn’t a playing field for the idle youth to go and play soccer, cricket, or whatever game they desire in Troumaca. It has been over a decade since the people of Troumaca were left wondering, in limbo, anticipating the fulfillment of a park promised to them by the area representative.