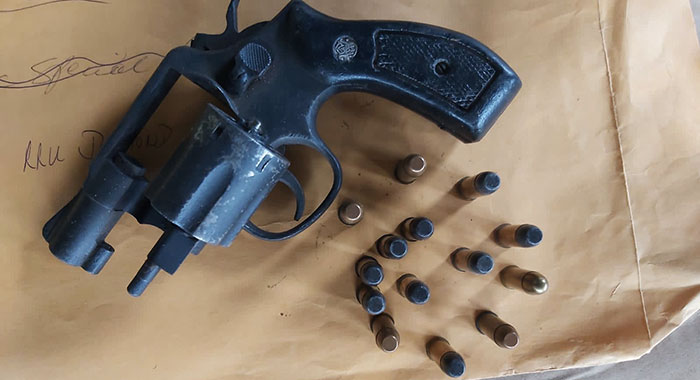 The firearm and ammunition found during the raids.

A series of police raids in Paul’s Avenue, Kingstown have netted one .38 revolver, 14 rounds of .38 ammunition and a quantity of marijuana.

The Rapid Response Unit conducted the raids on Friday, police said in a bulletin on Monday.

“The illegal items were discovered in abandoned houses in Paul’s Avenue. No arrests were made,” the statement said, adding that investigations are continuing.

“The RSVGPF once again calls on citizens who have illegal firearms in their possession to hand them over to the police. Failure to do so will result in prosecution.”

Police said they continue on their quest to keep St. Vincent and the Grenadines safe from illicit substances, illegal guns and ammunitions.