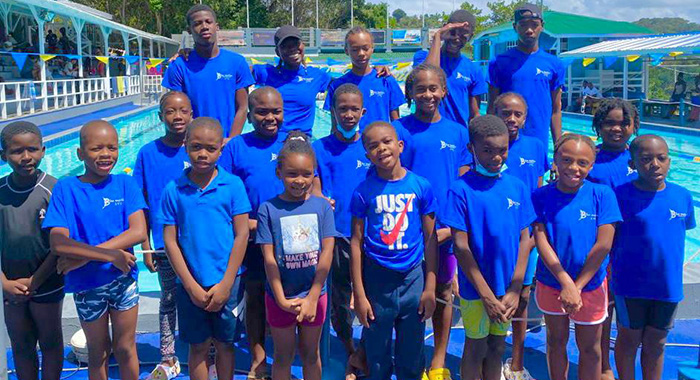 A huge success is how one can describe the performance of

Blue Marlins Swim Club has described as “huge success” the performance of its athletes at the annual Gallagher Invitational National Swim Championships held Feb. 17 to 20 at the Shrewsbury Aquatic Centre.

The squad, boasting a cadre of young swimmers, proved their dominance in a number of categories.

“A number of these swimmers gave a good account of themselves by securing medals and doing personal best times,” the club said.

Overall, the team amassed 933 points in the competition.

Coach Tamarah St. Hillaire, elated at the team’s magnificent performance, said that hard work brings success and that the swimmers did a great job and that once they keep pushing they can only get better.

An ecstatic coach Rickydeane Alexander also expressed his excitement and satisfaction at the teams’ performance.