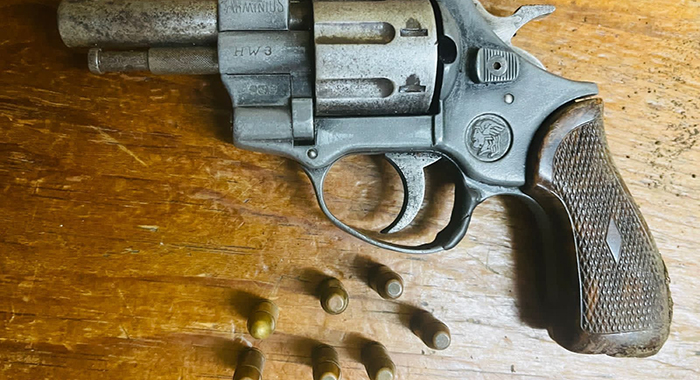 A Chauncey man has been granted EC$12,000 bail on firearm and ammunition charges.

On Monday, at the Serious Offences Court, Raffique Edwards, 33, pleaded not guilty to a charge that on March 4, at Great House, Lowmans Leeward, he had in his possession on Arminius .32 firearm without a licensed issued under the Firearms Act.

He pleaded similarly to a charge that on the same date and place, he had in his possession seven rounds of unlicensed .32 ammunition.

The prosecutor, Station Sergeant of Police Renrick Cato did not object to Edwards’ bail but requested bail conditions.

Chief Magistrate Rechanne Browne granted bail with one surety, and ordered Edwards to report to the Questelles Police Station on Fridays between 6 a.m. and 6 p.m.

He is to surrender his travel documents, and the court has ordered that stop notices be placed at ports of entry and exit. Edwards must also obtain the permission of the court to leave the country.

The matter was adjourned to April 14 for trial.