Unvaxxed sanitation workers allowed back on the job, PS says 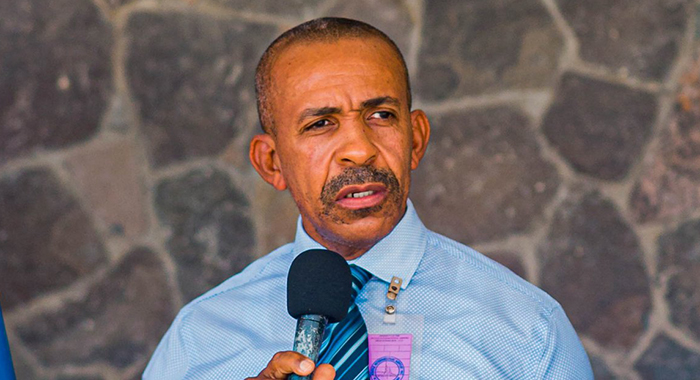 The government of St. Vincent and the Grenadines has allowed unvaccinated sanitation workers to return to the job, despite a law requiring COVID-19 jab for them and many other public sector workers.

The development comes even as the High Court is slated to rule on a legal challenge of the vaccine mandate, brought by two public sector unions.

“That is something I can get back to you because it will take having to refer to the Statutory Rule & Order itself,” Permanent Secretary in the Ministry of Health, Cuthbert Knights told iWitness News, on Monday, when asked about the development.

The senior public servant said he was not able to comment at the time “because I’m running off to a handover ceremony which I only have 10 minutes to get to.”

In a Feb. 23, memo to the Chief Environmental Health Officer, Knights said:

“Based on instructions given to the Ministry, please be advised that all permanent sanitation workers, who are presently off the job having not taken the COVID-19 vaccine and are willing to return to work, all be allowed to do so without the vaccine.

“Grateful, (sic) if these workers can be informed accordingly.”

The development comes even though a law that came into effect last December, saw hundreds of government workers losing their jobs and accrued benefits for failing to take a COVID-19 vaccine.

Knights told iWitness News that he would-be able to comment better on Friday as he has a packed schedule this week.

“That is the only free day I have because I have a team from PAHO that is on the ground to do some training on the 8th, the 9th and the 10th.”

The minister said he did not want to comment before speaking to his permanent secretary.

“It seems to be something that has developed very recently. I don’t want to say anything. I might talk out of turn,” Prince said.

He asked to be given a couple hours before commenting further.

Former government workers who lost their job over the vaccine mandate, have described the development as unfair.

Ingrid Walters, who worked at the Kingstown Town Board for 21 years before being sent home last November over the vaccine mandate commented on the decision on Monday.

“I am saying, why only sanitation workers? It should be implemented for everyone,” Walters told iWitness News.

There were four active cases of the illness in the country.

3 replies on “Unvaxxed sanitation workers allowed back on the job, PS says”