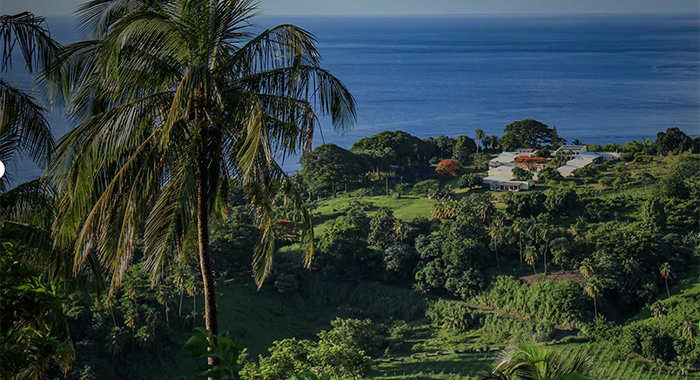 Prime Minister Ralph Gonsalves has inquired about whether Richmond Vale Academy is using all of the 29.8 acres of lands leased to them, as the government looks for lands for farmers displaced by a stone quarry in the area.

The government has leased 58.8 acres of land for 30 years to a company belonging to St. Lucian businessman Rayneau Gajadhar for the operation of a stone quarry.

Speaking on radio this week, Gonsalves said farmers displaced by the quarry will be compensated for their crop and the government will try to find alternative lands for them.

He said he had telephoned the person in charge of RVA.

“They’re not the people who own the lease. They know them and they’re connected with them. I ask them if the 30 acres of land which they have — their 29.8 acres — if they’re using all of the land.

“Because some of the farmers ask, some of the ganja farmers say, ‘I don’t mind being part of the medical cannabis industry and grow some in a particular area.’ But some of the other farmers are concerned about access if you carry them on a particular side. So we’re looking for other parcels of land and, naturally, if there’s a big piece, like this, maybe they don’t need all that.”

The RVA describes itself as a non-governmental organisation “dedicated to create a sustainable future through ecological farming and environmental projects and courses”.

The prime minister said “only one or two people” actually paid an initial deposit on a lease from 1982.

“I mean, they are there and you have to compensate them for the crops. So fellas use government land for many, many, many years and enjoy the fruits. But I not raising that as any issue; I’m just putting that also in the mix.”

He said that in 1982, the RVA and the Agricultural Development Corporation had agreed “on uncertain terms.

“And the Danes there went into possession and started to construct before any lease was prepared. Even though they had agreed to lease them the land?

“Do you know from 1982 all through the NDP years from July 1984 they never pay one cent lease for them 18 years? I asked that the thing be researched… I am a man, I usually wait and talk when I have to talk.”

The prime minister said that the lease was made in 2000, the year before the New Democratic Party was voted out of office.

The prime minister said Opposition Leader Godwin Friday has accused his government of giving away the quarry lands.

The operators of the quarry would pay EC$12,000 a year lease for the lands.

The government will also receive EC$2 for each tonne of aggregate produced at the quarry.

“They promised to send me to say how many Vincentians getting trained there because you know [for] a long time was foreigners who were being trained down there. They have a significant number of them also still being trained.

“I bet you all this here, I don’t think Friday know this, but he run off he mouth ‘bout thing way he nah know… Some of the farmers asked me if they could get piece of the land from Richmond Vale. So if they asked me, I have to raise it,” Gonsalves said.

“There’s something else I’ll say but I’ll keep my mouth shut on it for the time being and I may talk about it depending on the outcome of certain discussions, not in relation to the farmers.”