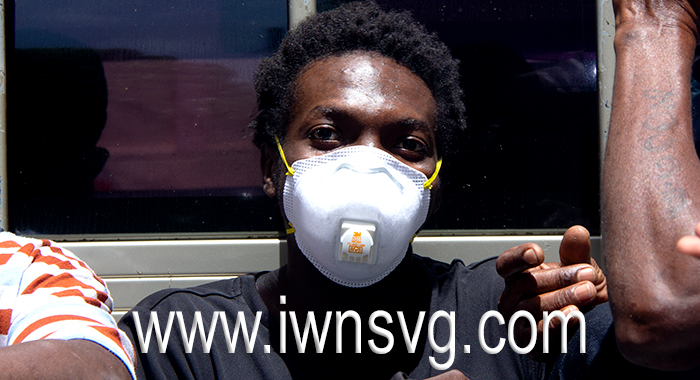 The accused, Trevano Caine, outside the Serious Offences Court on Tuesday, March 15, 2022.

A 20-year-old man has been charged in connection with the early morning robbery of two women.

Trevano Caine, of Arnos Vale, appeared at the Serious Offences Court, on Tuesday, but was not allowed to plead to the indictable charges.

He was further charged that on the same date and place, without lawful excuse, he damaged one multicolour dress, valued at EC$80, Haynes’ property.

Prosecutor Station Sergeant of Police Renrick Cato did not object to bail.

He told the court that the intention of the prosecution is to speak with the accused about a paper committal when the investigation is complete.

Cato said that this is based on what Caine had indicated.

Chief Magistrate Rechanne Browne dealt with bail separately for each of the changes.

The court heard that the incident against Dickson allegedly occurred at 7 a.m. and that with Haynes a 6:45 a.m.

In relation to Caine’ alleged robbery of Dickson, he was granted EC$6,000 bail and EC$7,000 in the matter involving Haynes.

He was further ordered to have no contact with the virtual complainants, to surrender his travel documents and obtain the permission of the court to leave the state.

The chief magistrate further ordered that stop notices be placed at ports of entry and exit, that Caine observes a 7 p.m. to 7 a.m. curfew and report to the Calliaqua Police Station on Mondays between 6 a.m. and 6 p.m.,

The next hearing is on May 2.