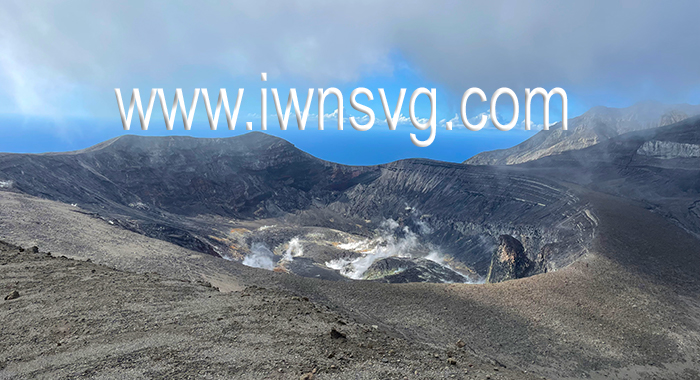 The Government of St. Vincent and the Grenadines on the advice of scientists from the Seismic Research Centre, University of the West Indies, lowered the volcanic alert level from yellow to green, effective today (Wednesday).

A green alert means that seismic and fumarolic (steam vent) activity at La Soufriere is at or below the historical level and no other unusual activity has been observed.

Activity at the La Soufriere volcano is now considered to be at levels similar to background activity recorded prior to the 2020-2021 eruption.

The overall trend of decreasing seismicity continued during the last month, the National Emergency Management Organisation (NEMO) said on Wednesday.

No change in gas composition has been observed since measurements were taken in late January.

“This indicates that the plume chemistry has returned to its pre-eruption chemistry. There has been no significant change in deformation signal since May 2021.”

The alert level was lowered from orange to yellow on Sept.15 and since then activities have lowered considerably or ceased.

NEMO, however, said the La Soufriere trail remains closed due to the uneven and dangerous terrain.

NEMO reminded the public of the potential threat for lahars (flood waters mixed with ash, other volcanic materials, mud, debris, and rocks) after rainfall and the threat to persons living and moving across river valleys closer to the volcano.

“Residents and motorists in areas close to the volcano and persons traversing rivers and streams during periods of heavy rainfall should always remain vigilant,” NEMO said.

One reply on “Volcano alert level lowered to green”