Praises for cop who charged relative for illegal gun 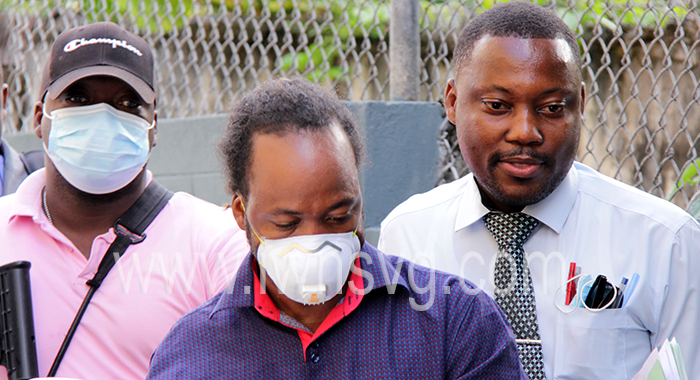 A magistrate and a defence counsel have commended a detective who arrested and charged his cousin for possession of an unlicensed firearm.

Last week at the end of his mitigation on behalf of his client, Joloney David, lawyer Grant Connell noted that he had the same surname as Sergeant 191 David, the detective who handled the case.

“I can’t help but notice he is a family member and for a policeman to arrest his family and apply the law as is the right thing to do, one has to be commended,” Connell said.

He said that in his “salad practice, I have seen others act to the contrary, when they are at variance to Sergeant David’s action when they deal with family members, either cast a blind eye or do not act in a similar way.

“So Sergeant David must be commended for the way he dealt with it. He dealt with it as he would somebody who is not a family,” the lawyer further said.

“I have seen many others, including a few in green — anyway, I would leave that there. But even in my capacity as defence counsel for Joloney David, I must commend Sergeant David.”

“It may not have been an easy task to do so but as a true professional officer taking his oath to protect and serve, that rose above any other consideration,” Browne said.

“Where firearms are involved and persons seek the assistance of the police to act promptly to ensure that there are no casualties, that must be done. Thank you very much for professional duties,” she said.

The chief magistrate jailed David, a mechanic, for three years and seven months for possession of an unlicensed .380 pistol that he brandished at his girlfriend, Samantha Fernandez, of Glen, on march 7.

David brandished the weapon during an argument with Fernandez over food.

He pleaded not guilty to a charge that he assaulted Fernandez with intent to commit an offence.

Prosecutor Station Sergeant of Police Renrick Cato withdrew that charge after Fernandez was sentenced on the gun charge and his girlfriend claimed that she did not report the assault to police.