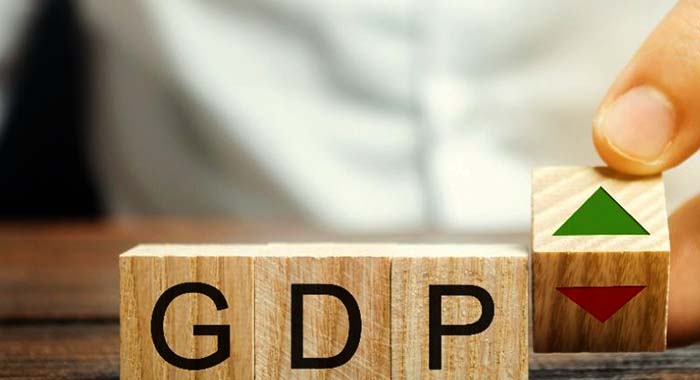 On 17 April, WEFM had a guest on their Sunday call-in. His name was Justin Robinson and he sounded like if he was an educated man, like if he was some big-time professor or the other. Even like if he was the Pro Vice-Chancellor for the UWI Board for Undergraduate Studies. And he is. All three. Shot, WEFM. Thank you very much for that treat. The professor was a real coup.

I listened to the whole thing … wait, not true. I found out afterwards that I missed the part to do with a paganish ceremonial. But I did listen to the whole part with the professor. At one point, he was saying that our GDP fell significantly and was explaining that the Port project, which he liked very much, would be beneficial to help restoring the GDP. Then Lanceford Weekes, one of the three moderators, asked the professor a very prophetic question: when you are implementing a project like the port project, what can be done to make sure it has maximum effect on GDP and GDP growth? Who tell him ask that? Not Ralph. Just as he got the words out of his mouth, Cecil Ryan, the lead moderator announced that the prime minister was travelling and would like to come in.

There were okays all around, but Ryan said the professor could answer the question first. To give Lanceford his due, the erudite professor said that Weekes’ question was an “important question”. And added that the question was really addressing distribution and “who gets what”. He said that the key to that, now hold on to your seats, “is having fair and transparent procurement processes that gives a wide range of service providers a chance to get a piece of the pie”. Hellooo. He said that if you do not have that and all the activity and contracts keep going to the same persons or groups then you don’t have that spread of the activity.

Listen for yourself. Listen to all of it but the part above is 51 minutes in.

Watch where the erudite professor going. He is saying to maximise GDP and GDP growth from a project like the port project, is to have a fair and transparent procurement processes that gives a wide range of service providers a chance to get a piece of the pie. And he is saying that when the prime minister is just about to (virtually) step into the room. Lordy, what irony. That is why I said the question was prophetic.

Professor Robinson you do not live with us so let me tell you how it go. For over 20 something years, the ULP machine has specialised and perfected down to a fine art — albeit odious — of doing exactly not that. “Wide range of service providers” is not in the ULP calendar. Whereas their calendar is steeped in “same persons and groups”. You see, grants from wherever they come are treated as a ULP pie. It is not to be shared out to foreigners; it is strictly for ULPers. And GDP doesn’t dare get in the way.

Case in point: The last big project, the international airport, is a memorable, barefaced precedent. The equipment given to the people of St. Vincent and the Grenadines by the Caribbean Development Fund for the project was usurped by the ULP party and rebranded as theirs. Nearly the entire fleet was adorned with red flags and VOTE ULP campaign stickers. That was done from before the start — more time to let the ruse sink in — and it lasted to the end of the project, which covered two election cycles. They even tried to subliminally claim AIA as theirs with a huge ULP Star, laid down in the road above the airport. It was removed.

It is a rote practice that will follow the port project. They cannot help themselves; it is in their DNA.

After listening to Professor Robinson, now I know. I am going to refile my pictures in a new folder. I am going to call it, “Throwing the GDP down the drain”.

One reply on “GDP, ‘Vote ULP’ and the port project ”