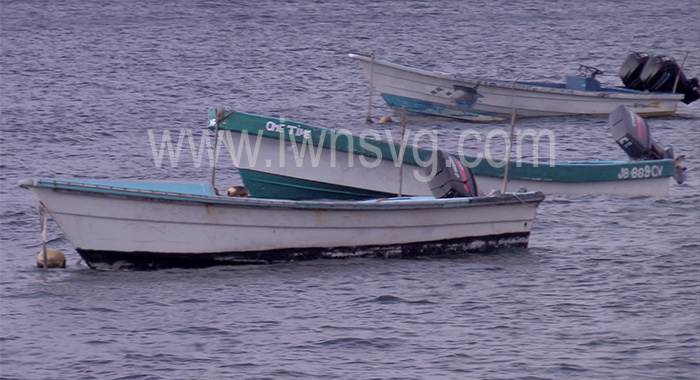 The government wants to move the fishing industry beyond the pirogue-type boats currently used.

The government of St. Vincent and the Grenadines will allocate US$4 million to the purchase of fishing vessels as demand for seafood is expected to outstrip supply, says Minister of Finance Camillo Gonsalves.

The money will come from US$9 million that the government has repaid the ALBA Bank but is unable to transfer to Caracas because of sanctions against Venezuela.

Prime Minister Ralph Gonsalves, speaking on return from Caracas where he went for medical attention three weeks ago, said that the ALBA Bank has allowed Kingstown to “borrow back” the money.

The finance minister told a press conference in Kingstown on Thursday:

He said that with the money, the government plans to take fishing beyond pirogues  “and move it into more advanced commercial style fishing vessels.

“So we’ve been doing a lot of consultation with the market, there are some industrial vessels that cost up to US$800,000 and those can harvest, in a year, 120,000 pounds of lobster during season.

“And there are some medium sized vessels which are not the industrial type, they cost about $300,000. They can do a very good mix — 70,000 pounds of lobster, another 100,000 pounds of tuna and snapper and these sorts of fish. Each one will hold between five and 10 crewmembers.

“… The important thing now, as fishing and the blue economy is reaching a new phase, is education and training as well as capacity.”

He said the government plans to get experienced captains to work on these vessels, to then train Vincentians.”

Gonsalves said the vessels will spend a few days at sea at a time, catching large amounts of fish in a commercial manner and training the crew members on how to use the advanced boats and fishing techniques.

“And we hope to get about six boats with this money — maybe a little more depending on how many large ones and how many medium ones you get,” he said, adding that Minister of Fisheries, Saboto Caesar would sort that out.

“We hire the experienced captains, we compensate the local Vincentians well for working and learning on the boat. And then eventually when we’ve paid off these boats … we allow local fishers to lease these boats or use these boats.”

He said that the boats are likely to pay off for themselves quickly because of the demand for seafood in the economy.

“And we reinvest that $4 million to get additional boats. So we will keep rotating this investment. And as we pay off one set of boats, we lease them cheaply to local fishers and get some more boats to expand the capacity of the fleet, which will obviously add wealth to St. Vincent and Grenadines.

The prime minister had said that US$5 million from the money will go to the rehabilitation of Little Tokyo.

The finance minister noted that the bus terminal was built in 1987 “and has not been tremendously upgraded since”.

He said there are now a lot more buses in the country and more people using the terminal.

“A lot of the vending areas have just become rum shops. Some of them have just become ramshackle. The idea is to reimagine the bus depot space, to demolish the decaying buildings, to expand the space available for buses, to improve retail and safety and lighting and bathrooms and all those sorts of things.”

“…the Alba bank has, has agreed to support us in this endeavour. But the main challenge that we have there now is where we’re going to put the buses and the people while we are demolishing and repairing. So there are some logistical steps that have to be completed before you see anything happen there.”

He said the work on Little Tokyo would not begin “tomorrow”.

“There’s a lot of planning work that still has to be done, but the resources from the ALBA Bank have been secured to do this work. So we were very excited about that.”