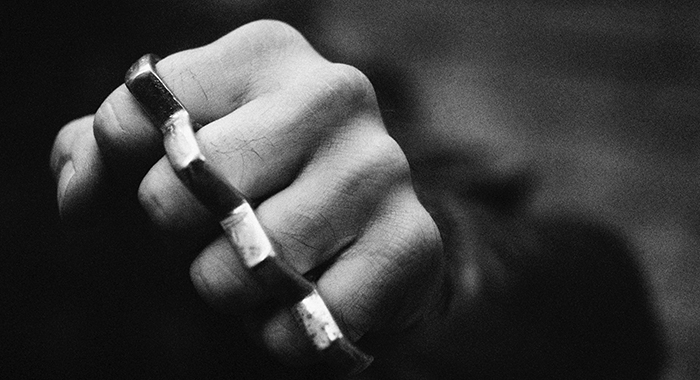 An internet photo of a hand wearing brass knuckles.

Police in St. Vincent and the Grenadines have launched an investigation into an alleged attack on a school principal by a suspended student.

Police said a male student who was on suspension entered the school compound dressed in his school uniform.

He was reportedly standing in an area where students were prohibited from congregating and the principal, Gabriel Bowman, instructed him to leave the compound as he was not permitted to be there.

“The student reportedly became aggressive and struck the principal multiple times with what appeared to be a ‘brass knuckle’ — injuring him in the process,” police said in a statement.

Police officers responded to the incident and Bowman was issued with the requisite forms to visit the district medical officer for medical attention.

“Later the said day, the student was arrested and taken into custody. He was cautioned and interviewed in the presence of his mother and a justice of the peace. He was then released into the custody of his mother pending further investigations and a directive from the Office of the Director of Public Prosecution. Investigations into the incident continue,” police said.